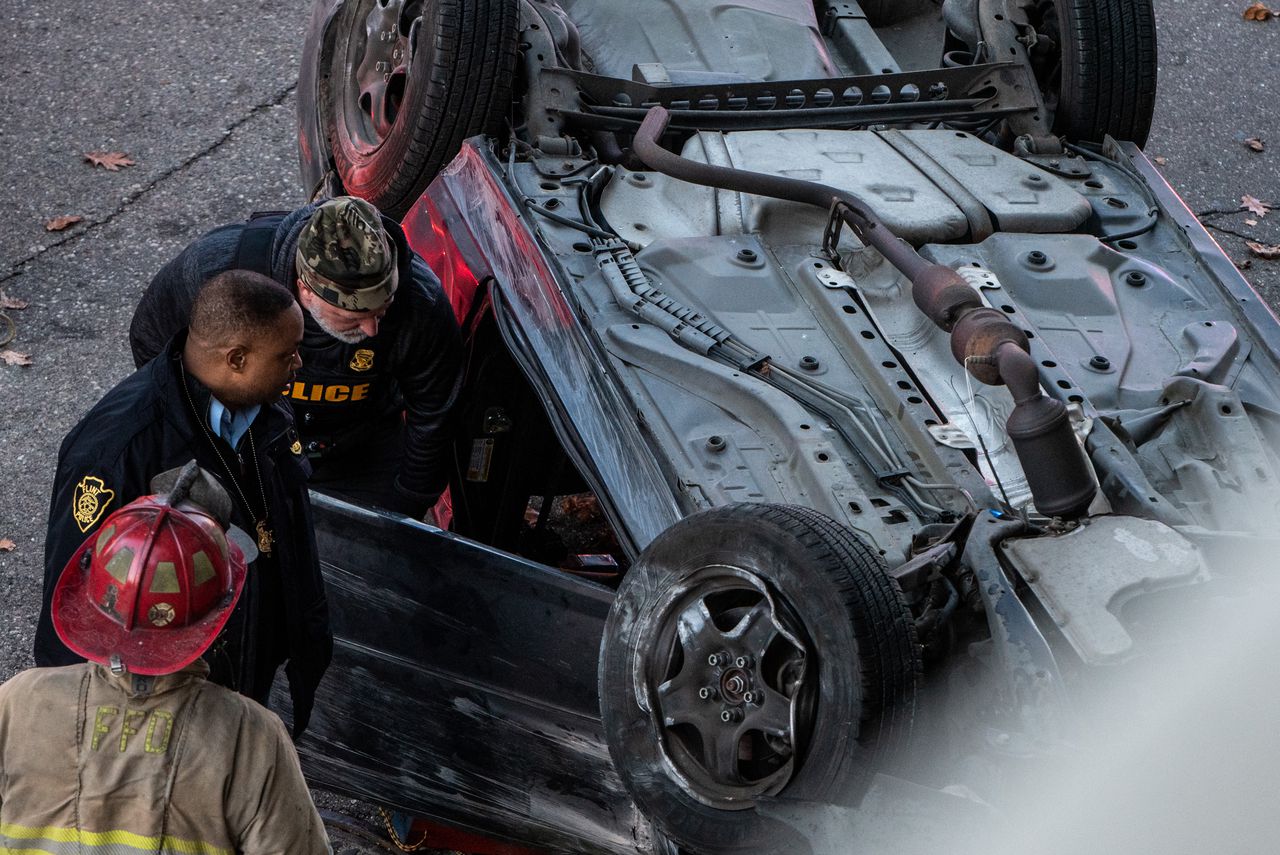 1 dead, 3 criticized after gunfire and vehicle chase in downtown Flint

FLINT, MI – One person has died and three are in critical condition after an argument that started on a bus traveling from Brighton to Flint escalated into gunfire and a vehicle chase ending in an accident, according to the police.

An argument between a group of women began on a bus in Brighton as the group returned to Flint on Monday December 13, Flint Police Chief Terence Green told MLive-The Flint.

The argument escalated and shots were fired just after 3:30 p.m. Monday as the group exited the bus and were in the area around the downtown Flint mass transit station in Second Street and Harrison Street.

A dark gray Pontiac with at least four occupants fled the area down Harrison Street and was chased by another vehicle which continued to shoot at the Pontiac, Green said.

The Pontiac overturned a few blocks north on Harrison Street, north of Kearsley Street, near the University of Michigan-Flint campus. An email was sent to students on Monday afternoon regarding the situation.

One victim has been confirmed dead, and three others in critical condition, according to an email from the Flint Police Department.

The investigation is ongoing at the moment.

No further details were provided by police, including information on the second police involved in the incident.

Green said investigators would review surveillance video to help piece together what happened.

Anyone with information about the shooting and the accident is asked to call the Flint Police Department at 810-237-6801 or, to remain anonymous, contact Crime Stoppers of Flint and Genesee County at 1-800-422 -JAIL (5245), on the P3Tips mobile application, or online at CrimeStoppersofFlint.com.

2 dead, 4 injured after vehicle crashed into dump truck in Flint

Reward offered for information on a man from Mt. Morris Township missing since 2018

The Flint community comes together to pay homage, remember the late Dale Kildee

DeWitt woman turns grief into action for others