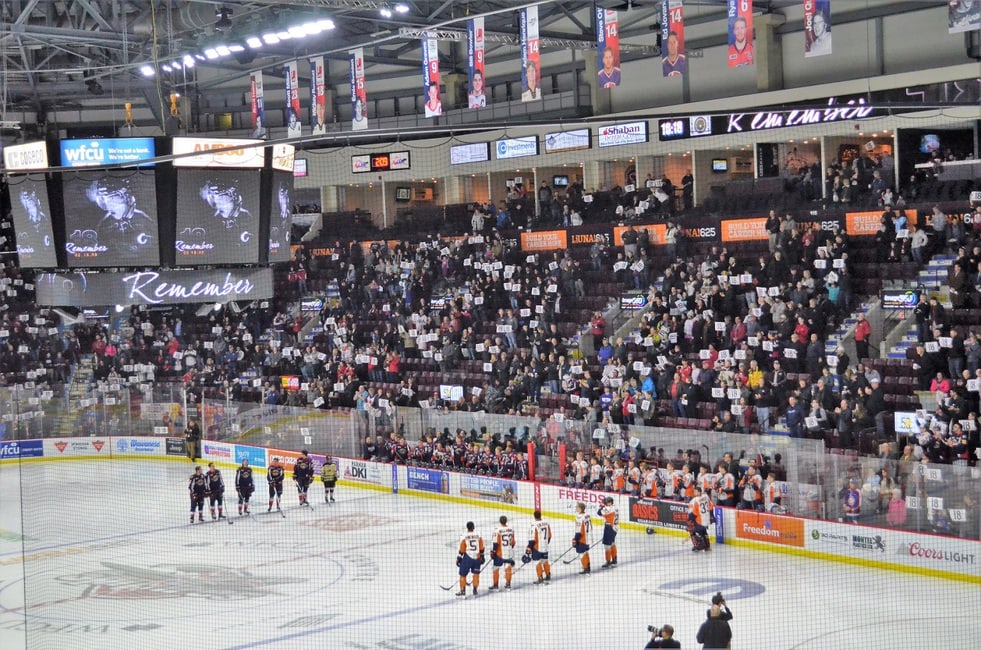 It took 11 long years, but the Windsor Spitfires finally made it back to the Western Conference Finals of the Ontario Hockey League (OHL). They come in as the top seed and will face their Michigan rivals, the third-seeded Flint Firebirds, for a title shot. This will be one for the ages.

The last time the Spitfires made the Conference Finals, they lost to the Owen Sound Attack in five games in 2011. Since then, they hadn’t won a single playoff round until this season. What a season it’s been too. They have struggled with roster turnover, injuries and the uncertainty of COVID-19. While they managed to grab the top spot in the conference at the end of the season, the Firebirds gave them a serious battle. In the playoffs, both teams showed they were the real deal. With a chance at J. Ross Robertson Cup (OHL Championship) on the line, not to mention a possible trip to Saint John, NB, for the 2022 Memorial Cup, neither team will settle for less than four wins.

Let’s get into all this…

Home and away records:

Goals for and goals against:

The clubs have not faced each other in the playoffs since Flint moved from Plymouth, MI. However, the Whalers and Spitfires have had many series over the years:

What the Spitfires Bring to the Conference Championship

There’s just something intriguing about this Spitfires club. While they can score at will on some nights and play defensive, defensive hockey on others, there’s a cohesion that hasn’t been seen since the 2009 and 2010 Memorial Cup Championships. Top to bottom, they play for each other, and every line can hurt you on any given shift. While their offense struggled a bit in the opening round, they found their game against Rangers and are on full throttle. They are a confident team, regardless of the score.

At the start of the season, few would have believed the Spitfires would be in the Western Conference championship. It’s reality, though, and they soak it all up. All season the team has shown they can handle adversity, and when the chips are down, they fight back with everything.

What the Firebirds Bring to the Conference Championship

On their first trip to the conference championship, the Firebirds are a club built to win. They have faced the Spitfires in the standings all season, only getting the third seed after the Spitfires won 13 games in a row towards the end of the season. Want to play an offensive game of pond hockey? They can do it with Dallas Stars prospect Brennan Othmann, veteran Ethan Keppen and a very deep group of forwards. They also have outstanding goalkeepers in Luke Cavallin, 21 years oldwho would like to end his career at the top.

The Firebirds outnumbered a great Greyhounds team in the second round and have no plans to stop now. Their fans have been through a lot in recent years with various off-ice problems, and this is an opportunity for the club to thank them for their continued support. The management have put together a dominant team, and they will give their all to the favourites.

When you have two powerhouse teams entering a critical playoff stage for the first time (or the first time in over a decade), hockey will be exciting. Both clubs bring a high-octane attack, solid defense and the will to make history. While the Spitfires play at home, the Firebirds have been the best road team in the league this season. It could all come down to this mental game, and with a dominating head-to-head record this season, it could give the Spitfires the edge. Prediction: Spitfires in 6.

Tickets for games at the WFCU Center in Windsor range from $23.90 to $47.90 (plus fees) and are available on the Spitfires website.

Tickets for games at the Dort Financial Center in Flint range from US$16 to US$28 and are available on the Firebirds website.

Living most of my life in Windsor, Ontario, I graduated from St. Clair College (journalism) and the University of Windsor (communications) and attended Windsor Spitfires games (and ‘OHL) for 30 years. My fields include multimedia journalism and photography.

The Incredible National Cherry Festival to Live in Michigan