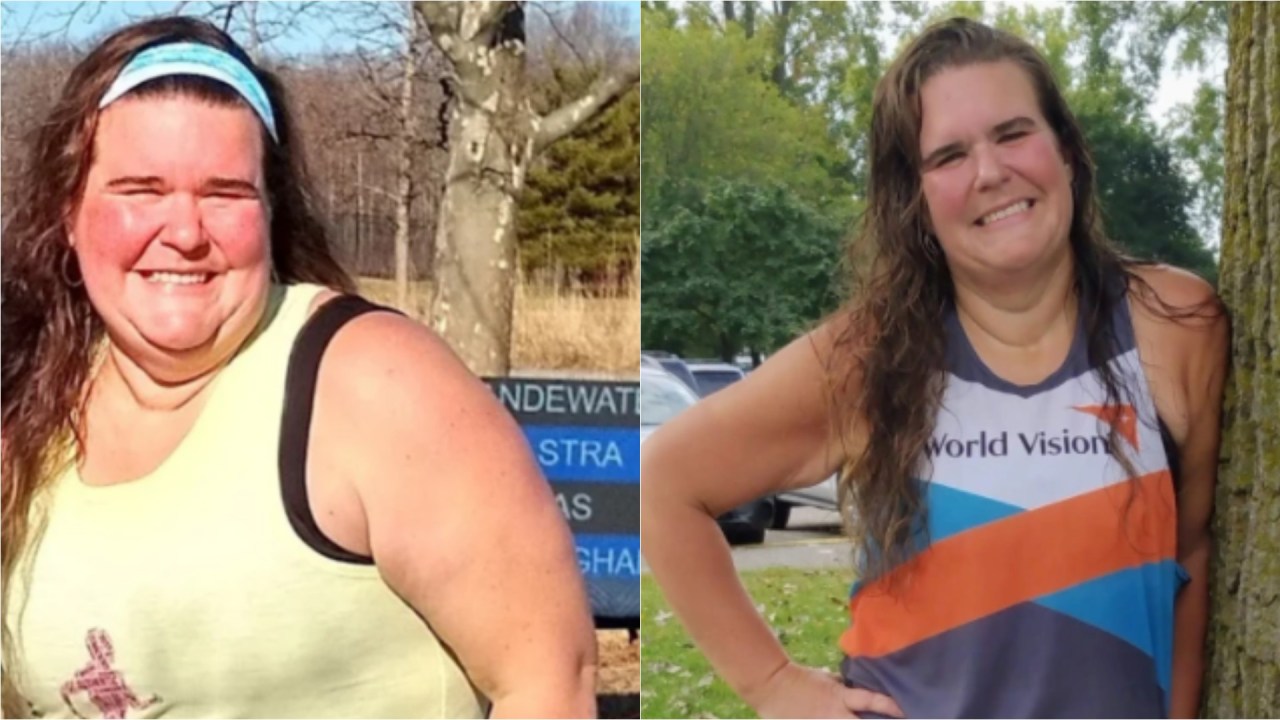 GRAND RAPIDS, Mich. (WOOD) – This year has been a transformative year for Liz Fanco. A mother of eight in western Michigan, she struggled with her weight for most of her adult life. But this year, thanks to her commitment to her own well-being and the help of a trainer and dietician, she has lost over 100 pounds and achieved milestones.

“The next day, everyone who ran the marathon walks with their medals around their necks. You take the metro for free. People congratulate you everywhere you go. Children come to you in the street, they want to see your medal. It was just an amazing experience.

In January, Fanco teamed up with Todd Buckingham, the senior exercise physiologist at Mary Free Bed. They started with a specialized treadmill called “Alter G”. It uses a pressurized bubble for the lower half of your body, relieving your feet and joints, allowing people to exercise at “lighter weight”. It helped Fanco build his stamina and confidence.

She said the whole race had been extremely emotional, admitting that there had been a lot of “ugly screams”. Fanco finished the race but did not achieve all of the goals she set for herself.

“To finish the marathon itself, to cross that finish line after 11 months of construction until that moment was incredibly monumental,” she said. “One of my main goals was that I wanted to finish in the light of day. And when I walked into Central Park the sun went down and I had to complete the last two miles in the dark. … It was really difficult. Knowing that I had not achieved this goal was very emotional for me.

But she hit some of them, including her time.

“(I told Todd) I want to be able to cross that finish line and say I did a full marathon. And I achieved that goal, ”said Fanco. “And I said I wanted to do it in under six hours. I crossed the finish line with the clock ticking at six. I crossed it – I think it was 6 o’clock. and 45 hundredths of a second, so I hit the six hour mark.

As she crossed the finish line, Fanco said she was thinking of three of the most important men in her life: Todd, her husband, Jeff and her father.

“When I first signed up in New York City, the first person I spoke to was my dad. He has always been my greatest cheerleader in my entire life. And he said to me: ‘I can’t wait to see you cross the finish line, ”said Fanco.

Sadly, her father passed away in May.

“The day before the race I had printed temporary tattoos of my dad and my husband, Jeff and Todd,” Fanco said. “They were like 2 square inches. And I put them inside my arm and carried these three men with me for those 26 miles. And as I crossed the finish line, I looked at each of them and carried them across the finish line with me. And it was really an emotional moment for me too. Because neither of them could be with me in New York, but I felt like the three of them were.

Fanco had originally planned to do just one marathon, but after running in New York City, she decided to register for the Chicago Marathon this fall and several other races this summer to support Team World Vision: an organization at non-profit that is close to his heart that provides access to drinking water for communities around the world.

“The statistic I keep coming back to every time is that children who do not have access to clean water have only a 50% chance of living to their fifth birthday. And it destroys me, ”Fanco said. “If my children were born in an area where water was not guaranteed. I have eight children. Which of them would not have lived to see 5 years? And that’s my motivation to keep moving my feet.

You can join the Fanco team in supporting Team World Vision by participating in the Chicago Marathon or by donating to the cause. in line.