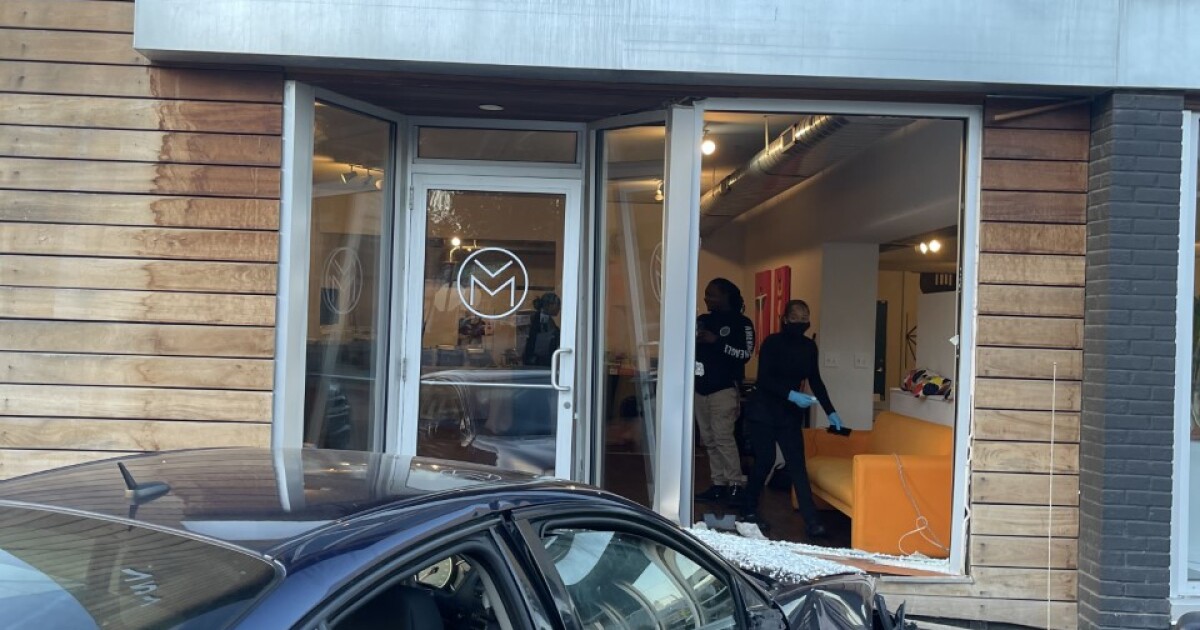 Car crashes into Grand Rapids nonprofit, forcing it to close part of building

GRAND RAPIDS, Michigan – A local non-profit organization suffers after a car hits the owner’s building. Muse GR says they were forced to close their gallery after artists canceled them.

“It’s like an overcast sky and a blocked and barricaded shadow.”

December was exceptionally sunny and warm, but it was cloudy inside Muse GR on the west side of town. In November, a truck attempting to turn onto Leonard Street struck a car.

After this collision, this car crashed into the building.

This truck never stopped and Muse GR founder Stephen Smith said he was not sure if the driver had been located.

“Originally when we bought this building there were no windows. So we did all the renovations and put in this new fixture, and seeing it like that is disheartening,” Smith told FOX 17. .

Smith provided some photos of what it was like before the crash. Often the gallery was full of people.

“So we stopped the events until we could put the space together, as well as the gallery exhibits, because we want people to have the full Muse experience. So we decided to focus on it. ‘non-profit organization at the moment,’ he said. noted.

Smith says this art gallery was a great source of income for their nonprofit that helps children. Mus (ED) aims to provide children with a place to express themselves through music.

“A lot of our students come; luckily we have a back entrance for our studio. So they always come every day for the studio. So a bunch of students who usually come and use the studio space,” he said. -he declares.

“So we thought it would take weeks, but after talking to the construction companies as well as our… as well as our insurance, it takes a lot longer than we thought. And we didn’t. could to start because the parts for the windows are so safeguarded by COVID, ”he added.

You can help donate to the association here.