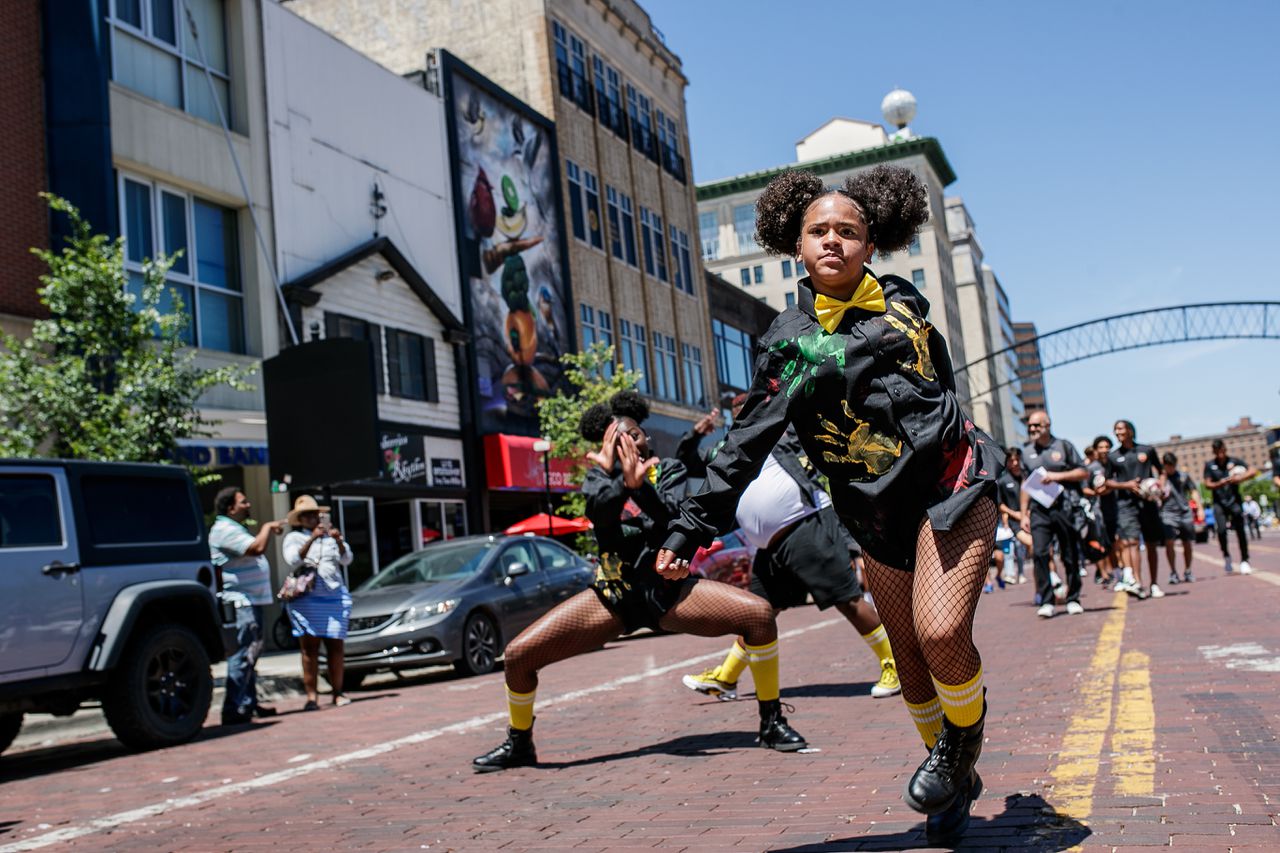 General Gordon Granger read the Emancipation Proclamation, two years after it was signed, to ensure Galveston’s slaves were free. The post-reading celebrations would continue for a week that year in Galveston and in different cities across the United States each following year.

It wasn’t until June 2021, when President Joe Biden signed the June 19 National Independence Act, that it would be recognized as a federal holiday.

Juneteenth is usually celebrated on the third Saturday in June and celebrates black history and culture with art, music, food and dance.

In Flint, community members, leaders and activists created several events ahead of the big day, including the Juneteenth City-Wide Coalition’s Juneteenth Parade.

The Juneteenth Parade started in the University of Michigan parking lot across from Rally’s on 5th Avenue and marched to the downtown Flat Lot. The parade featured local leaders, dance teams, club teams, small businesses and a drum line.

To find out more about local events from the past week and what’s happening on Sunday, go here.

Check out some of our favorite photos from the show below or head to the gallery to see more.

Dozens of people gather in Lansing for the 517 Juneteenth Festival