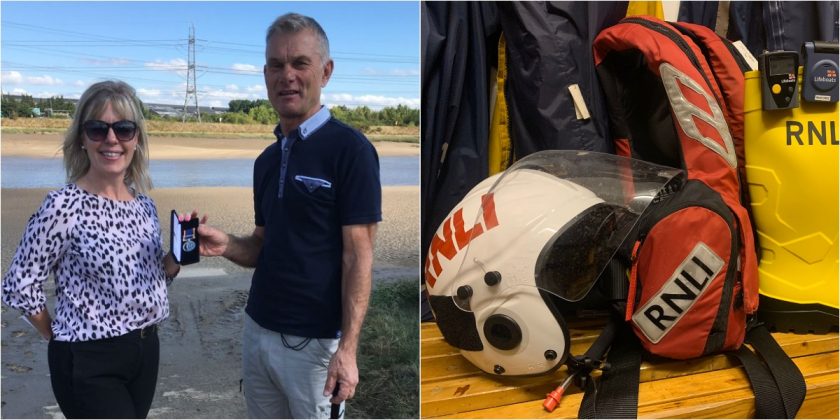 Flint RNLI volunteers were recently recognized for their long service of a combined total of 210 years.

David Leslie Roberts and Mike Heel, retired crew members and boathouse managers from Flint, were honored for their 50 and 30 years of service to the RNLI, respectively.

Alan Forrester, Director of Lifeboat Operations at Flint RNLI, was presented with the award for his 50 years of service to the station last week by Area Manager Jo Partner.

After many years as a volunteer at sea, Alan became the Lifeboat Operations Manager for the Lifeboat Station, a key role he continues to hold with great pride to this day.

Ms Partner said: “Alan has such a dedicated volunteer history. I was delighted to be able to present the award to commemorate this.

“He gave so much of his time and skills to Flint and the RNLI. In a variety of roles over the years, Alan has shown his bravery and commitment.

In addition to his long service medal, Alan received the bronze medal for bravery during a rescue in February 1983.

During the rescue, he led his crew to save the lives of two people in rough seas.

Alan was also awarded the British Empire Medal (BEM) in the 2020 Queen’s Birthday Honors List in recognition of his charity work on the North Wales coast.

Alan said, “I am very proud to volunteer here at Flint RNLI. I have always enjoyed working alongside other volunteers and making a difference in our local community by saving lives at sea.”

“I also congratulate my fellow volunteers for their seniority awards for their dedication to Flint RNLI.”

Did you spot something? You have a story? send a facebook message | A direct message to Twitter | Email: [email protected]

Be informed of
news from all over north wales

It is Michigan law to start school after Labor Day. So why do most start earlier?