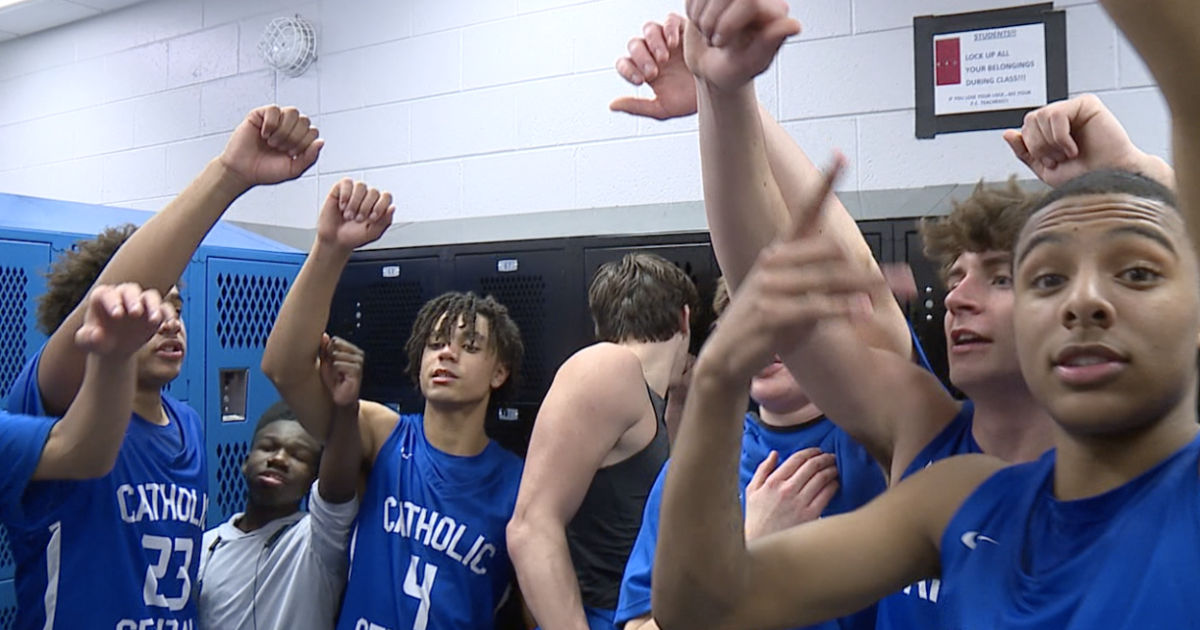 At first, the Eagles would come out on fire, knocking down three triples to take a 9-0 lead in the first two minutes.

Grand Rapids Christian would continue to reverse shots throughout the first half, taking a 21 point lead at one point, 32-11 with 4:11 left in the second quarter.

The Eagles led 35-22 at the break behind big halves of seniors Nick Cassiday, Jasiah Rainey and Delon McCloud.

However, in the third quarter, the Cougars’ defense forced several turnovers as they continued to crumble.

In the fourth quarter, Jack Karasinski and Kaden Brown would continue to spark the comeback, taking a 45-43 lead with 2:23 remaining.

Kaden Brown would cross the free throw line with 26.5 seconds left and knock down a pair of free throws.

The Eagles would get a decent look until Karasinski did a big block to help the Cougars win, 48-45 in the final.

“It was a good team win today,” said Kaden Brown, who finished with 11 points, “we got into a tough environment and we fought and knew what we had to do to win the Victoire.”

“I’m just proud of our guys, it was a brave effort,” said Meerman, “Grand Rapids Christian was great tonight, and we knew they would be. They hit a lot of buckets in the first quarter but we just kept fighting back, that’s a sign of the leadership we have. “

Karasinski finished with a high 17 points in the win to help fuel the comeback.

The Eagles would fall to the reigning state champions, 48-45. ?? pic.twitter.com/91AgPUF3im

“It was kind of about our pace,” Karasinski said. “I thought we were a little soft and tried to get us out of the doldrums, but we came out in transition and started attacking the rack.”

The Cougars won’t play again until December 27, when they travel to Detroit to face UD Jesuit.