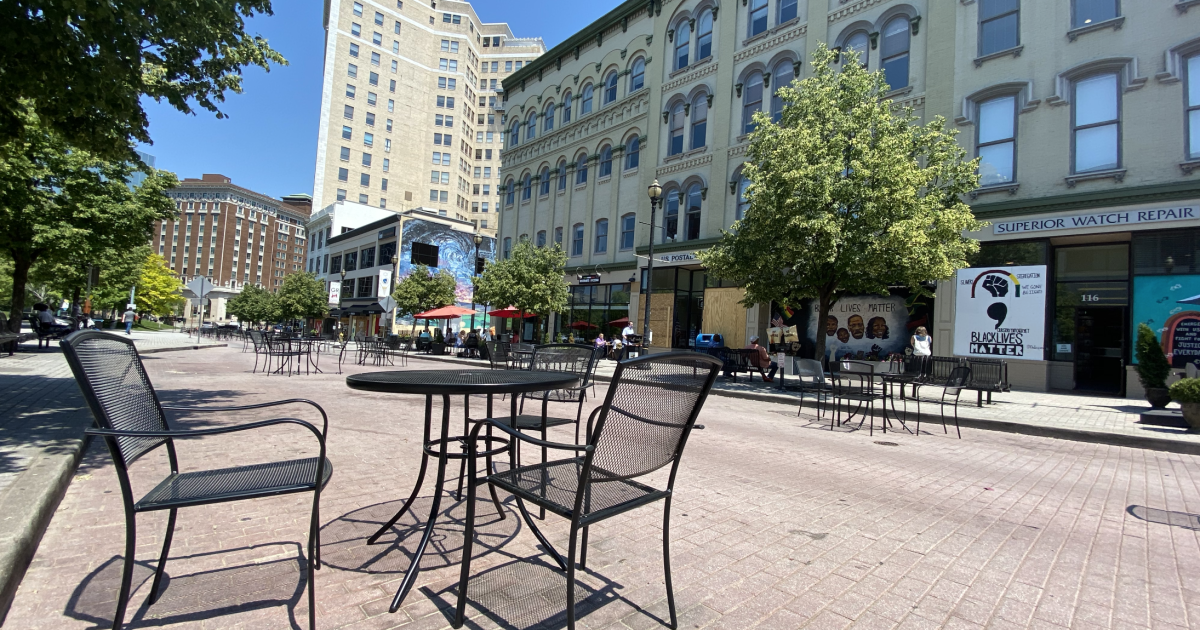 GRAND RAPIDS, Mich. — South Korean artist Royyal Dog’s mural on the Hopson Flats building in downtown Grand Rapids will be unveiled Friday, June 10 at 4 p.m. A street party and community celebration will also take place after the unveiling until 10 p.m.

Royyal Dogg, also known as Chris Canyang Shim, began work on the mural on May 25. When creating the image, he worked on scaffolding that was attached to the side of the Hopson Flats building. The street party and community celebration will feature a Founders beer tent, which will have a personalized Royal Dog draft. There will also be food trucks such as BD’s BBQ, The Falafel Truck, Ice Box Brand Ice Cream, Around Baking Company and A&L Tacos. The event will also include musical performances by David Strumfeld and the Great Scott Band. There will also be outdoor games and henna designs provided by Grassroot Henna.

Royyal Dogg’s work has been shown in the Netherlands, Israel, Sydney, South Korea and across the United States. His other work includes a portrait of Michelle Obama in Chicago, Rihana in Los Angeles, and a mural with Los Angeles Lakers players Russell Westbrook, Lebron James and Anthony Davis in Los Angeles. His Los Angeles Lakers mural later aired on ABC Jimmy Kimmel Live! in October 2021.

Royyal Dog’s mural on the Hopson Flats building will be unveiled Friday, June 10 at 4 p.m.