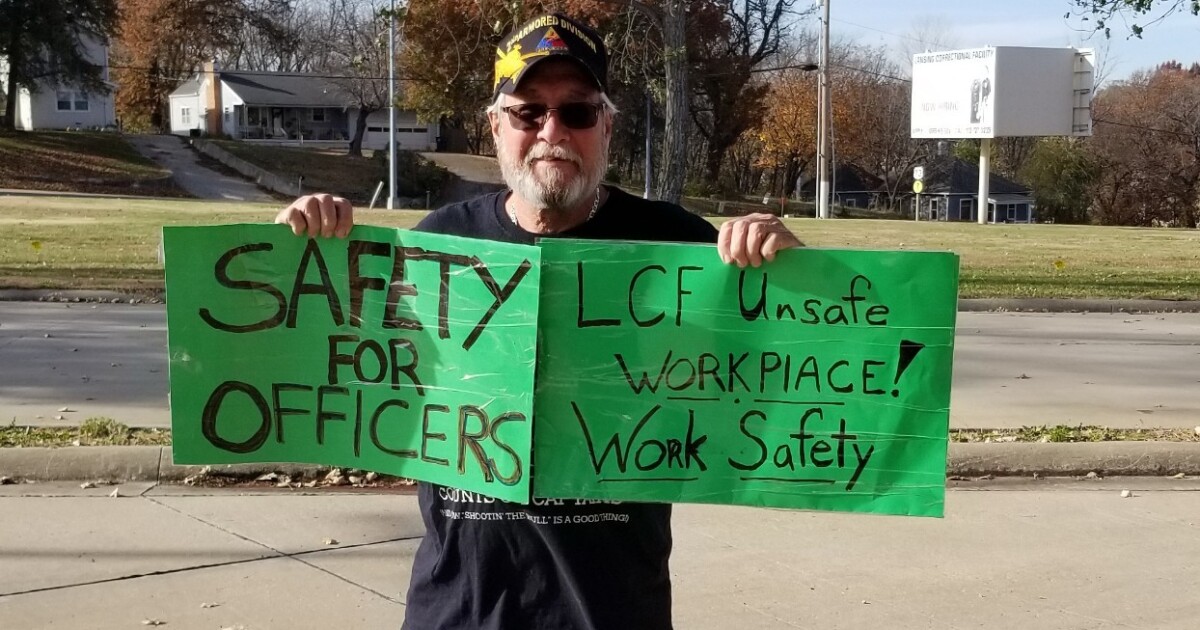 LANSING, Kan. – It has been almost two weeks since a correctional officer was brutally attacked by an inmate at Lansing Correctional Institution.

Sarah LaFrenz, president of the Kansas State Employees Organization, said the guard was beaten when an inmate attached a padlock to a belt.

LaFrenz said the babysitter had multiple fractures to her face and there was a risk of brain damage.

Employees say staffing levels are the root cause and have become dangerously low.

Staffing levels are an issue, straining detention centers across the country, and current employees at Lansing Correctional Facility say it’s no different there.

“But when we are understaffed like we are, it gets to the point where lives are in danger,” said Roger Baughman, an LCF employee.

Baughman is a corrections officer at the facility and says he recently took medical leave due to work-related stress related to security concerns.

He says he has been raising security concerns regarding staff levels for months.

“[I’m] Constantly on the alert, constantly on edge, ”he said. “It was only a matter of time before something bad happened.”

He is not the only one waving the red flag.

“To tell them we need help there and tell them it’s a dangerous place to work,” said Peters.

Baughman says there is often only one officer per group of 125 inmates, which he says was the case when his colleague was attacked.

“Two other inmates had to remove the abusive inmate from her, then they used her radio to sound the alarm and call for help,” he said. “Because she didn’t have a partner there, there weren’t any other officers or supervisors there to help her or call for help.”

Baughman says the fights have become daily and sometimes understaffed, sometimes more than a dozen officers per shift.

He worries about retention, saying the experience of new officers and burnout people are a problem.

“I’m afraid this will happen again,” he said.

Baughman says he will continue to push for reforms, seasoned officers and salary increases.

KSHB 41 has contacted the Lansing Correctional Center on several occasions and has not received a response to our requests for comment.

It is not known whether charges have been laid against the detainee involved in the attack.

“It has been 12 days since the brutal assault on a detainee. The Kansas Department of Corrections and CFL management have not changed any policies that would allow our correctional officers to be safer on the job or to resolve their personnel issues. 12 more days that these units remained dangerously understaffed. 12 more days that the workers we represent in this establishment are wondering when the next assault will come and if they will be the ones bleeding on the floor. I have said it before and I will say it again forever: the rights and safety of the people we represent are paramount. Our union will never stop pushing state officials and legislators to do what they need to do to protect the health and safety of state employees and to keep these facilities safe. It is imperative, and it is high time, that the KDOC, Governor Kelly’s administration, and the Kansas State Legislature act now to keep these workers safe. They have had years to resolve the issues that led to this latest assault, and the situation has only gotten worse. They have to do better, and they have to do it now. “

The Tay Boogie year: the recipe for success