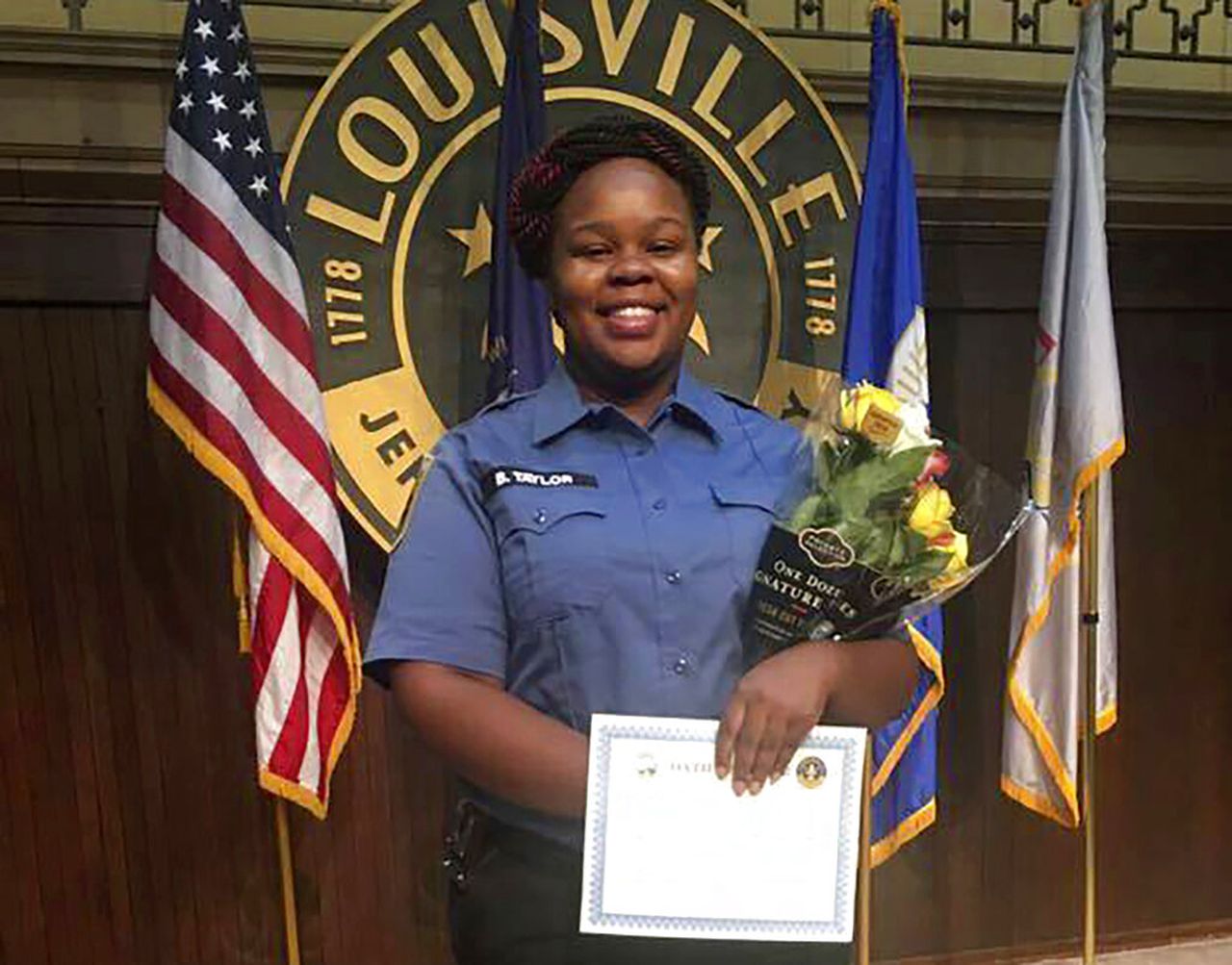 Taylor, a 26-year-old black emergency medical technician, was fatally shot when Louisville Metro Police served a no-knock warrant at her home on March 13, 2020, sparking racial justice protests across the country.

Goodlett is scheduled to appear Monday, Aug. 22, before a federal judge to enter his plea, the AP reported Friday, Aug. 12, citing his attorney, Brandon Marshall. Goodlett’s conviction would be the first conviction in the case.

The ex-detective will plead guilty to one count of conspiracy to violate Taylor’s civil rights for helping to falsify an affidavit for the search of his apartment, the Louisville Courier-Journal reported Friday. Goodlett faces up to five years in prison.

Police had been investigating drug dealers in the area, and the affidavit signed to obtain the warrant falsely alleged that one of the dealers had received a package addressed to Taylor.

Taylor was at home with her boyfriend when the raid took place. He fired a shot which hit an officer whom he believed to be an intruder who had broken into the house. Police fired several shots, five of which reportedly struck and killed Taylor.

Taylor grew up in Grand Rapids. She moved to Louisville with her family over a decade ago, but has relatives in town.

In December 2020, community members gathered in downtown Grand Rapids for the installation of Breonna Taylor Way signage at Monroe Center and Pearl Street.

The festival celebrates the pride of Lansing