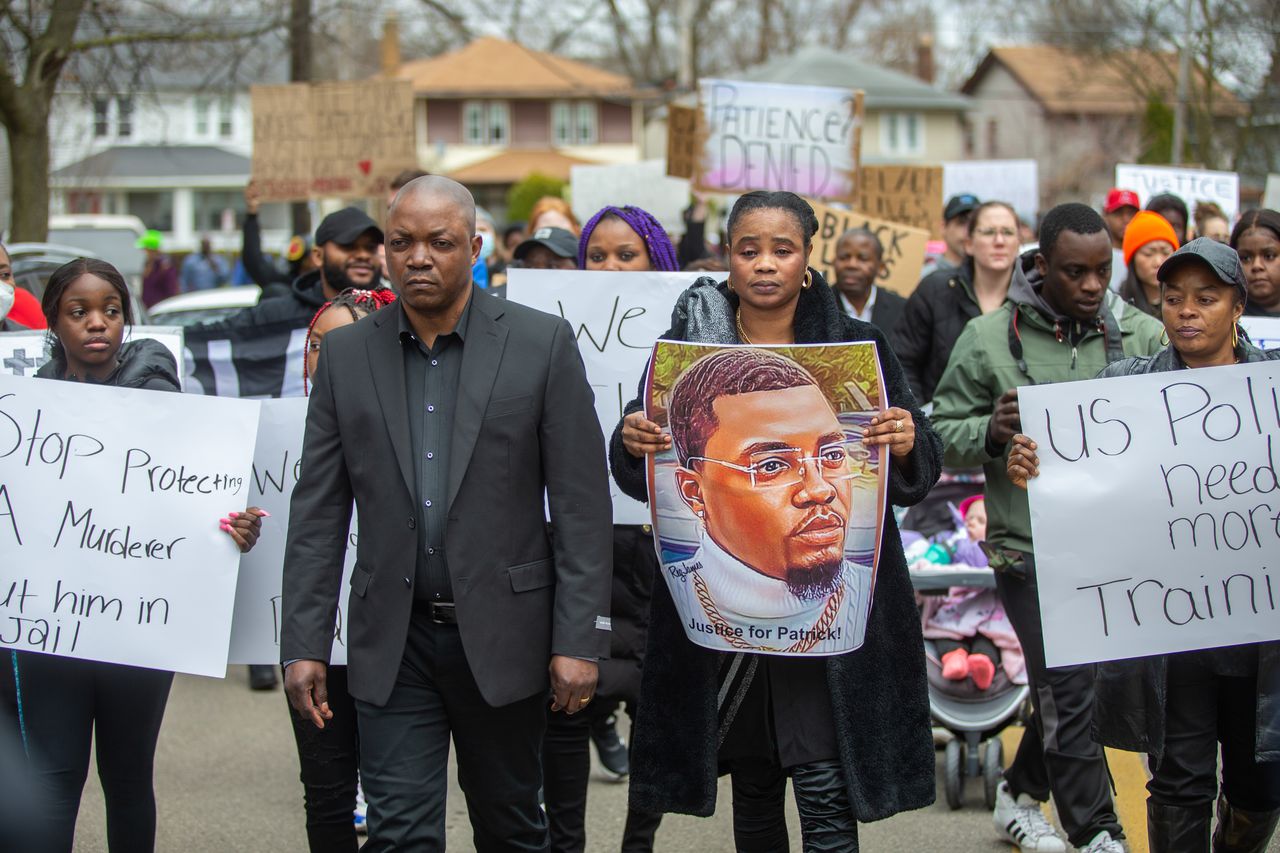 GRAND RAPIDS, MI — As the Lyoya family mourned their son, they also had a message: post the video.

A march took place on Saturday April 9 after a Grand Rapids police officer fatally shot Patrick Lyoya, 26, during a traffic stop earlier this week. Hundreds of people joined the Lyoya family in urging police to release body camera and dash cam footage of the shooting.

“Patrick is my firstborn. He has become like a brother to me,” said Patrick Lyoya’s father, Peter Lyoya. “Today I don’t know what to do because I’m confused. I want justice done for Patrick.

Patrick Lyoya leaves behind five brothers and sisters and two young children: a 2-year-old and a 3-month-old. Lyoya came to the United States with his family seven years ago, fleeing violence in the Democratic Republic of Congo.

Two of Patrick Lyoya’s siblings marched alongside their father.

“They don’t eat. They are not sleeping,” said Peter Lyoya, through an interpreter, Israel Siku. “They wonder: where is our brother? They didn’t even see the body and they can’t believe their brother was killed.

Gloomy and saturated with grief, the Lyoya family led the crowd through southeast Grand Rapids on Saturday.

An aunt, holding a photo of her nephew Patrick Lyoya, cried. When the crowd quieted down, another woman started singing “A Change is Gonna Come”. Kent County Commissioner Robert Womack wiped tears from his face.

Grand Rapids resident Regina White said she joined the march because the shooting hit near her home.

The fatal police shooting happened on April 4, when an officer carried out a traffic stop on a vehicle with an unregistered license plate. A scuffle ensued, police said, which ended when the officer fired his gun and killed Lyoya.

The officer, who is white, was placed on administrative leave pending an internal investigation. Practice is standard protocol.

In the days following the shooting, calls intensified for police to release video footage. These came as Kent County prosecutor Chris Becker asked police not to release any evidence, including footage, until the investigation is complete.

Peter Lyoya and Siku say Michigan State Police showed them dashcam video from the cruiser this week. They claim the officer shot Patrick Lyoya in the back of the head as he lay face down.

“I couldn’t watch this video twice. I cried,” Siku said.

During the march, Siku asked two men to show what they had seen on the video. Walkers gathered in silence around the men on the ground as Siku asked people to remember the moment.

After the march, a candlelight vigil was held for Patrick Lyoya at the Center for Community Transformation.