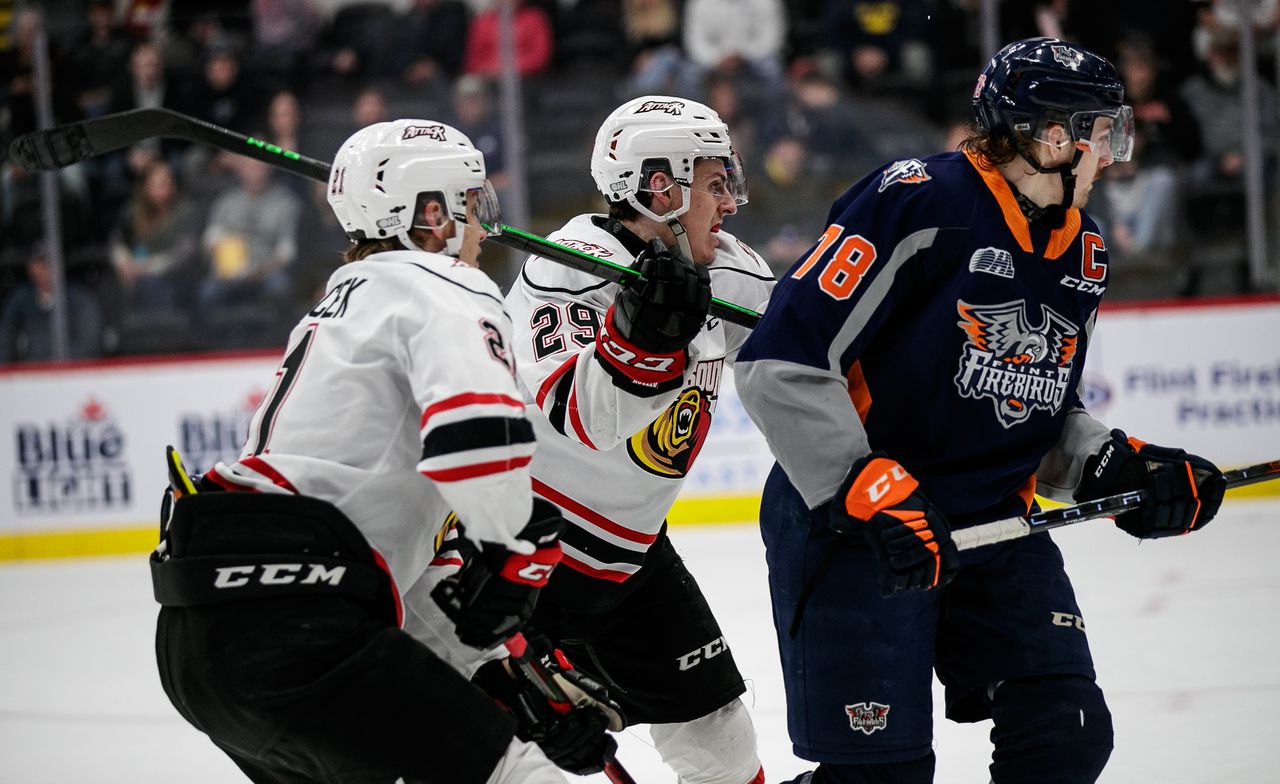 FLINT – The OHL Western Conference Finals has been reduced to a best-of-3 series.

The Windsor Spitfires tied the series with the Flint Firebirds at two games apiece on Friday after posting a 4-2 victory in front of a sold-out crowd of 4,078 at the Dort Financial Center.

Now, the first team to win two more games will play for the OHL Championship against the Eastern Conference winner. Games 5 and 7 will take place in Windsor.

The Spitfires scored all the goals they needed in the first period, taking a 3-0 lead before adding an insurance goal into an empty net with 15.7 seconds left in the third.

Gavin Hayes (5) and Braeden Kressler (6) scored for the Firebirds in the second period to bring them within one goal before the final 20 minutes. Both goals were on the power play.

Brennan Othmann added two assists for the Firebirds, who got 34 saves from goaltender Luke Cavallin.

The Firebirds were 2-7 on the power play while Windsor was 0-2.

Game 5 takes place Sunday in Windsor before the series returns to Flint on Tuesday for Game 6.

Game 7, if necessary, will take place on Wednesday at Windsor.

What to know, where to go