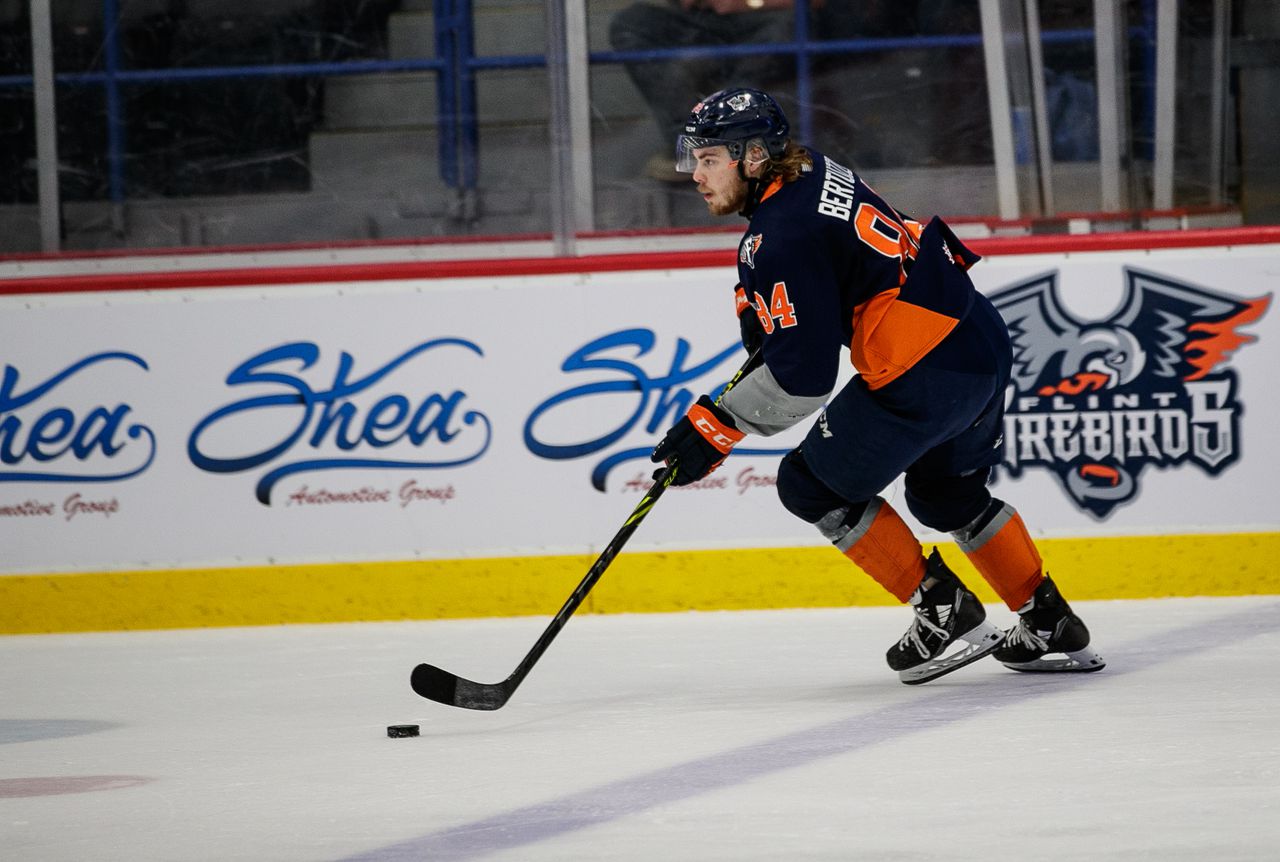 Flint Firebirds were right, regular season means nothing in playoffs

FLINT — So much for how the Windsor Spitfires outplayed the Flint Firebirds during the OHL regular season.

The Spitfires won 7 of 8 games against Flint, outscored the Firebirds by a total of 20 goals and scored at least six goals on six occasions.

But the Firebirds said that meant nothing once the playoffs started and they came out and proved it Saturday night in Game 1 of their Western Conference Finals series at the WFCU Center.

Tag Bertuzzi scored two goals and goaltender Luke Cavallin scored 35 as the Firebirds cruised to a 4-3 victory over a crowd of 4,832 with Game 2 scheduled for Monday at Windsor.

Amadeus Lombardi (5) opened the scoring for Flint midway through the first period before Windsor’s Ryan Abraham equalized with 1:18 left in the first quarter. Wyatt Johnston (9) put the Spitfires 2-1 ahead just 25 seconds into the second half.

But the Firebirds responded with three straight goals — two from Bertuzzi, who has four in the playoffs, and one from James Mayotte (1) — to put Flint ahead 4-2.

Abraham (3) scored again with 49 seconds left in the second to make it 4-3 before the third.

Cavallin took over in the final 20 minutes, stopping all 15 shots Windsor sent him.

The Firebirds are about to make team history

Lansing-area grandmother from the Netherlands succumbed to COVID-19