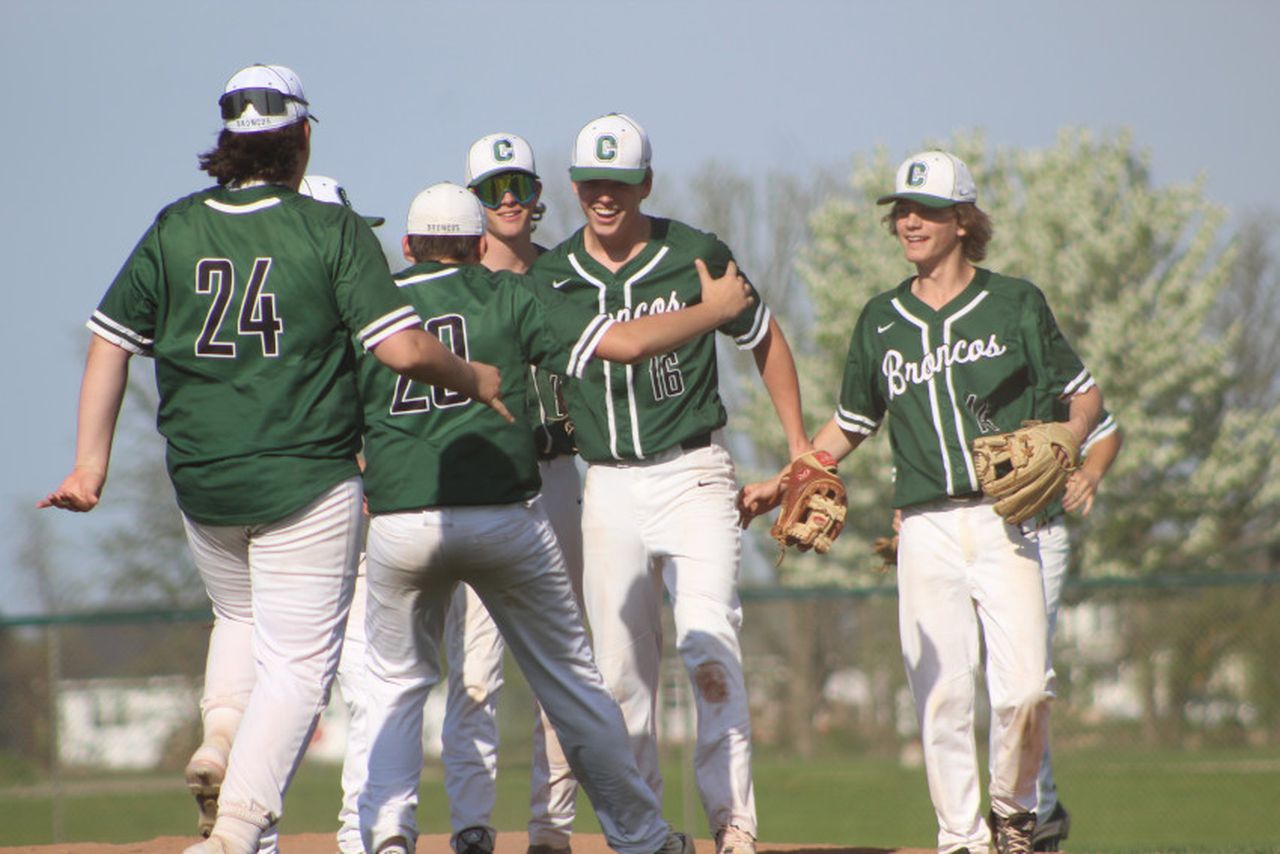 Drew Duthler threw a no-hitter in Coopersville’s 7-0 win over Spring Lake on May 12.

Duthler admitted he was perhaps the most shocked person in the stadium after taping the final. After all, he’s just a freshman.

“I was very surprised,” the 6-foot-2, 175-pound right-hander said. “I was shocked, honestly. I didn’t know I could do this. I never in my life (threw a no-hitter), that was the first. I train a lot at Elite and I’ve never done it there either.

Duthler’s efforts earned him Grand Rapids Spring Sports Athlete of the Week in an MLive.com poll that ended Friday morning. He edged out East Kentwood lacrosse player Ben Cash in one of the tightest polls of the school year. Duthler tallied 17,089 votes to Cash’s 16,508. Check out the full results below.

Duthler hit nine Lakers and walked five. He threw 95 pitches including 62 for strikes. The final out came when Duthler grounded a fly ball to the mound and kicked out the Spring Lake batter at first base. He then exchanged hugs and congratulations with his teammates.

“Everyone was making plays behind me,” Duthler said. “We had a few diving catches in the outfield, some good early scoops. Everyone played well. »

Duthler throws a four-seam, two-season fastball, one change, and one slider/curveball. He said his fastball and curveball worked especially well against Spring Lake. His fastball hits 84.5 mph, his curveball 70-72 mph, and his shifter 74-76 mph.

He started throwing in the travel ball in the 10U age group. But he also does the work behind the plate. When Duthler doesn’t throw, he catches for the Broncos. He said catching made him a better pitcher.

“It’s true,” Duthler said. “There are times when I catch a little bit and then I’m going to throw. I’ll see where the strike zone is and what pitches I need to throw. I can really relate to the pitches that I’m comfortable throwing with certain teams. It doesn’t help much. »

Duthler came into action this week with 0.346. He is a dual-sport athlete as he plays basketball for the Broncos.

MLive would like to thank its readers for participating in this week’s poll. Please send nominations for our next poll to [email protected]