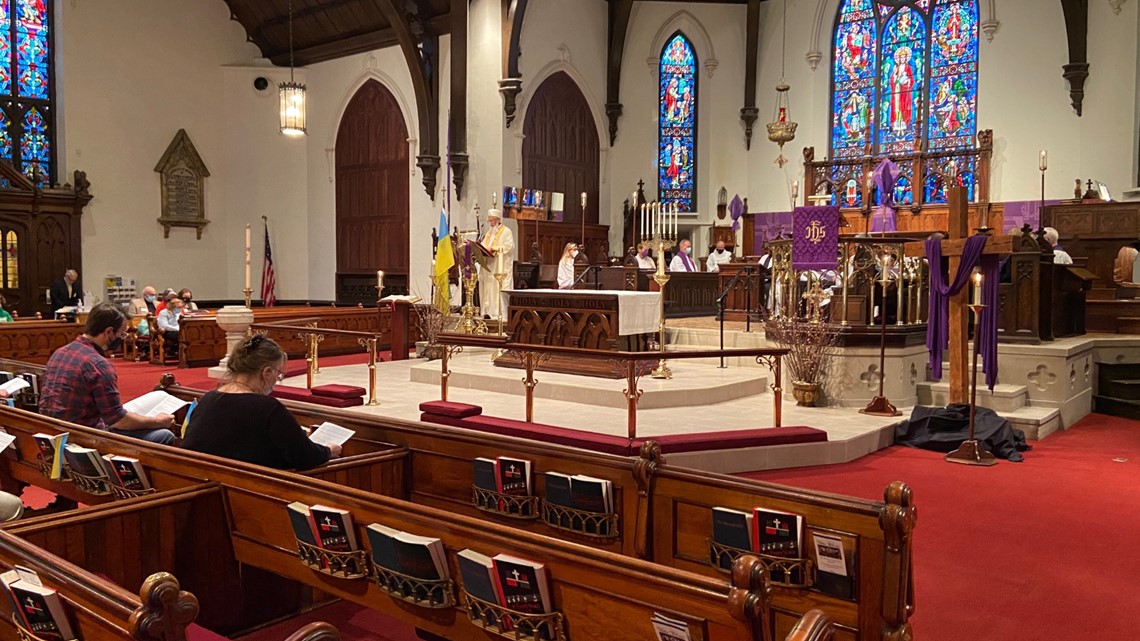 Leaders from about 10 different West Michigan clergy and denominations have joined the service.

GRAND RAPIDS, Mich. — A special interfaith service was held Monday at a church in downtown Grand Rapids to pray for peace in Ukraine.

As one of the oldest churches in Grand Rapids, St. Mark’s Episcopal Church has heard many prayers for peace.

“This space, completed in 1848, has hosted prayers for how many wars and conflicts over the years, even the Civil War,” says Father Christian Brocato.

Monday night’s service called for an end to the war in Ukraine. The last event Father Brocato could remember was during the Vietnam War.

“We hope we can make a small difference, if not on the world stage, but maybe in our own hearts,” he says.

For those in the pews with Ukrainian flags and songbooks, it’s a way to come together and hear new voices.

“It takes a tragedy to bring people together,” says Stephen Bell of Grand Rapids. “I feel like it’s the least we can do. It’s a place that’s so far away.”

There were 10 other clergy and religious leaders at the services, including the imam of the Burton Street Islamic Center. He read prayers from Muslim scriptures and prayers from Hindu, Buddhist and Christian scriptures were also read.

“It’s a sharing of souls,” says Carol Kooistra of Grand Rapids. “It’s a deep feeling to meet on a special level.”

The service was also an opportunity to collect donations for Ukrainian humanitarian aid.

“People are really suffering,” says Father Brocato. “We must do everything we can to avoid loss of life and so much destruction.”

For those who didn’t make it to the service but still want to help, St. Mark’s is collecting donations by check to donate to UNICEF or another similar organization.