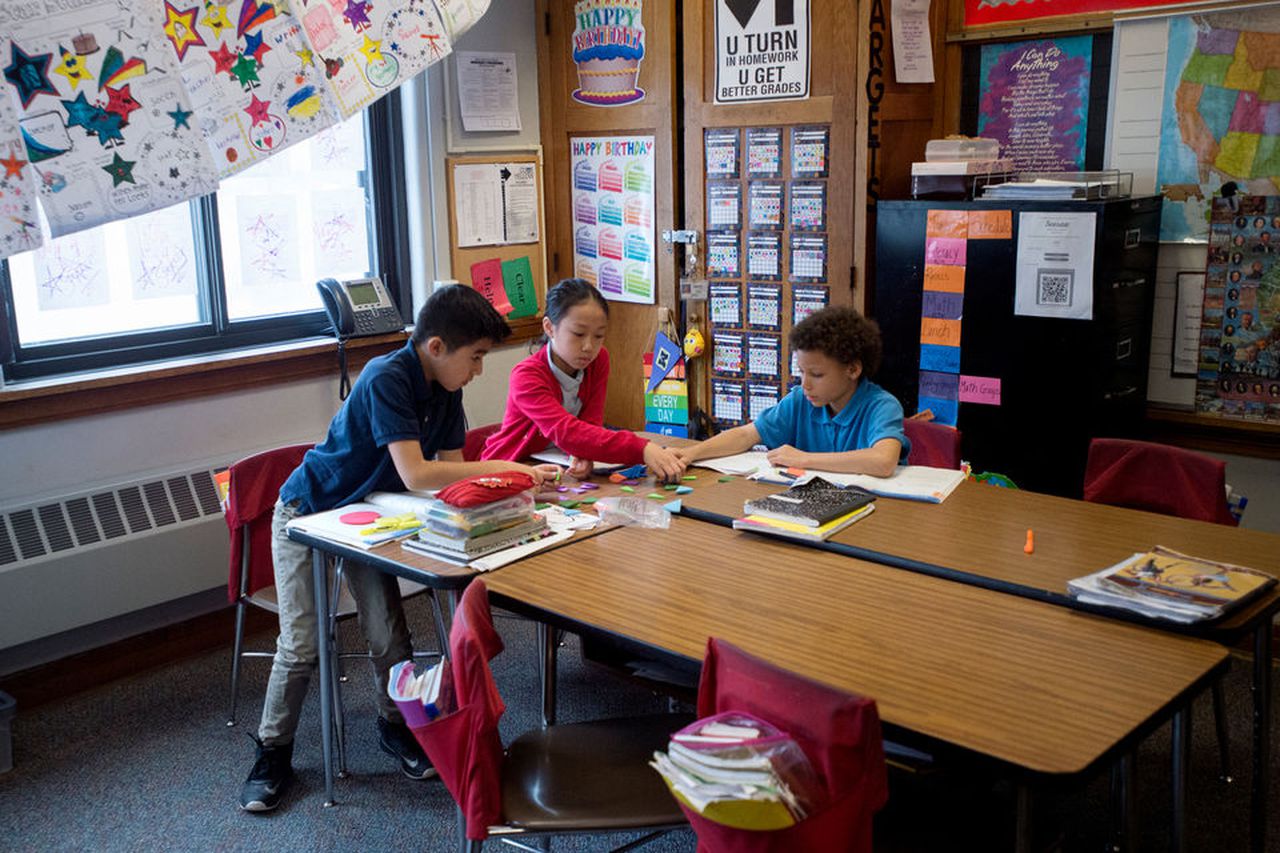 GRAND RAPIDS, MI — Grand Rapids Public Schools is asking for the public’s help in developing the district’s new facility master plan, which could lead to a major campus restructuring in the years to come.

The district announced 11 town halls for families to learn more about the restructuring plan and provide feedback on how to target resources. Sessions will begin on September 13 and continue until October 12.

Principals have also launched a community survey to solicit feedback, which takes about 10 to 15 minutes and will be open until Oct. 20, the district announced this week.

GRPS enrollment has dropped nearly 30% over the past 14 years, following a statewide trend of a declining school-age population. Due to declining enrollment, university buildings in the GRPS are largely operating under capacity, according to school leaders.

That’s why the Grand Rapids Board of Education is developing a new facilities master plan that could include plans to close school buildings, renovate or construct new buildings, and consolidate programs to optimize district resources for a small number of students.

School leaders say reducing the number of school buildings in the district will allow the GRPS to focus taxpayer dollars on the space the district needs and reinvest in programs for GRPS scholars, according to the district press release.

GRPS Superintendent Leadriane Roby called the community engagement process a “everyone on deck” effort where headteachers hope to solicit as much public input as possible on the facilities master plan, which will lay out some of the details of the redesign.

“These are serious conversations that require input from the community as a whole,” Roby said in a prepared statement.

“The decisions we make with this facilities master plan will enhance the education of our scholars now and in the future. This plan needs all hands on deck and this public engagement plan reflects our desire to have as many voices as possible around the table.

The district is still in the very early stages of developing its facilities master plan. No changes will occur this school year, but the board hopes to approve the plan by December 2022, Roby told MLive/The Grand Rapids Press during a school board facilities work session on Monday, August 8.

RELATED: 4 things to know about the possible closure of school buildings in Grand Rapids

The 11 town hall meetings will each have childcare, refreshments and interpretation services available to attendees, depending on the district. Two of the dates will include a dedicated Spanish session that will run concurrently with the English session. There will also be two virtual sessions where attendees can join the conversation via Zoom.

Here is a list of the 11 town halls scheduled for the next month:

Grand Rapids School Board Chairman Raynard Ross said the facilities master plan will focus on the financial sustainability of the district.

“When we created the 2022-27 Strategic Plan, we promised to ensure the financial sustainability of our district. That’s what creating this plan is for,” Ross said in a prepared statement.

“We have also promised to involve our community, including the young scholars we serve, in the decisions we make. The survey and town halls are just the beginning of delivering on that promise in creating this plan. No decision has been made and it won’t be until we hear from the community we are here to serve.

In addition to the survey and public comment sessions, the community can also share feedback with school leaders by emailing [email protected]

Trespassers, apparently with a gun, in a fight that led to Muskegon Middle School being locked down