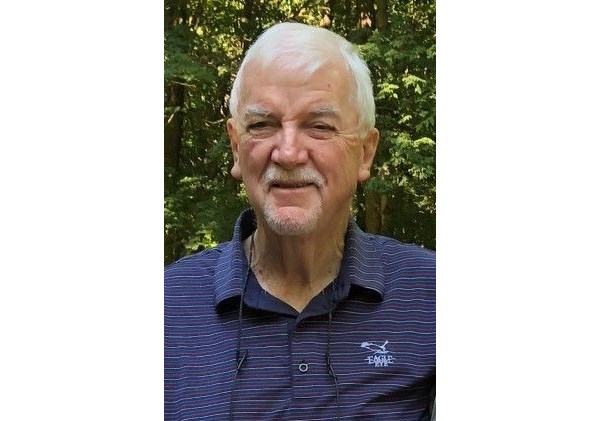 Jewell Ray Richards, 83, a former Michigantown resident, died on November 26, 2021 in East Lansing, Michigan. He was born on July 4, 1938 in Michigantown to Cyrus Joseph and June Della (Cox) Richards. He married Georgia Benge on August 25, 1957 in Country Chapel Church, Michigantown.

Jewell graduated in 1956 from Michigantown High School. After graduation and marriage, he and his wife resided in the Frankfurt area for several years, where he attended Purdue University, worked at Alcoa, and started his family. Jewell embarked on an insurance career with Safeco Insurance, SECURA Insurance Co, ASU Group and eventually retired from State Auto Insurance Co. Jewell’s career moved the family to South Bend for eight years before relocating in Williamston, Michigan where he resided for 40 years before retiring and moving to Winter Haven, Florida. Faith and church community have always been important to Jewell and her family. He was actively involved in the church throughout his life, wherever the family resided.

He was predeceased by his parents and five brothers, Maurice, Doyal, William, James and Joseph Lee.

A Celebration of Life is scheduled for December 17, 2021 at 6:00 p.m. at the Williamston Free Methodist Church, 4400 N. Williamston Rd., Williamston, MI 48895. For services in Indiana, visitation will be from 10:00 a.m. to 11:00 a.m. December 27, 2021 at Goodwin Funeral Home, 200 S. Main St., Frankfort, IN 46041. The funeral will follow at 11:00 am at the funeral home. Interment will be in Whiteman Cemetery, Michigantown. In lieu of flowers, contributions may be made to Country Chapel Church, Williamston Free Methodist Church, or the American Heart Association. Please visit goodwinfuneralhome.com, where you can leave a message for the family.