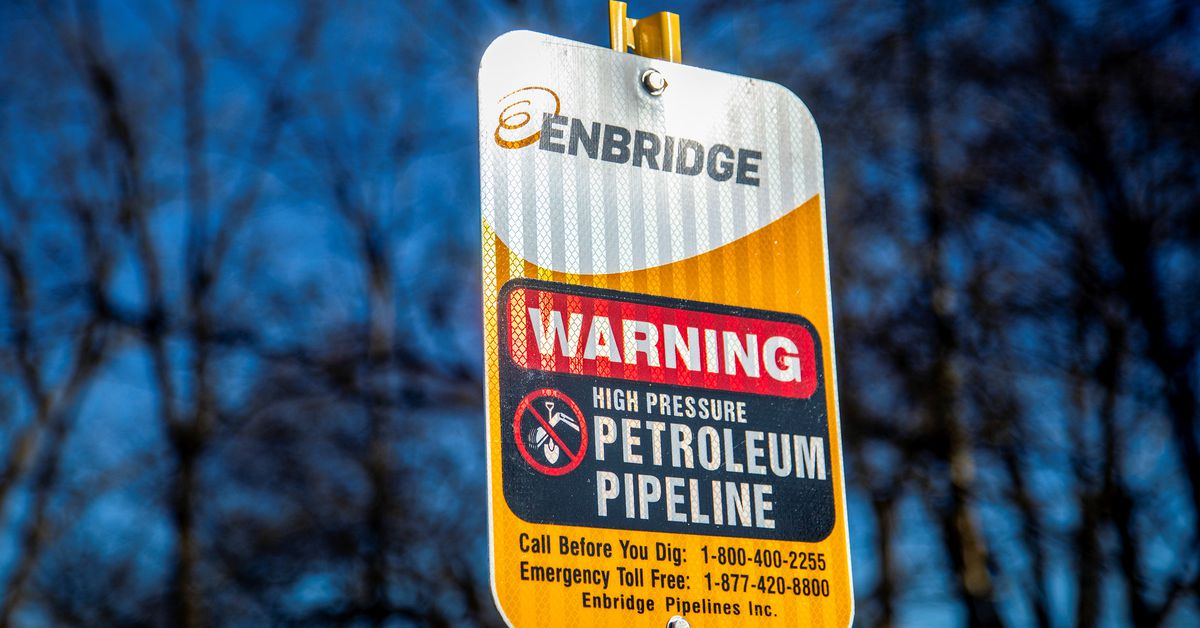 CALGARY, Alta., Nov. 16 (Reuters) – A legal battle between Canadian company Enbridge Inc (ENB.TO) and the State of Michigan over Enbridge’s Line 5 pipeline will be heard in U.S. federal court , a judge ruled on Tuesday, dismissing a motion to send the case back to state court.

Line 5 ships 540,000 barrels per day of crude and refined products from Superior, Wisconsin, to Sarnia, Ontario, via the Straits of Mackinac in the Great Lakes.

Michigan had ordered the pipeline closed by last May over fears that a submarine section could seep into the Great Lakes, an order Enbridge ignored.

Last month, the Canadian government, which intervened in the Enbridge case, invoked a 1977 pipeline treaty with the United States to spark negotiations between Ottawa and Washington over the fate of the pipeline. Read more

Enbridge, based in Calgary, Alta., Hailed the decision of U.S. District Judge Janet Neff in the Western District of Michigan.

“Enbridge is happy with the decision and agrees that this matter belongs to the Federal Court, as we have said from the start,” Enbridge spokesperson Ryan Duffy said in an email. “This is both a question of federal and international law and the Federal Court will now deal with the case.”

Michigan is reviewing the decision and considering its next steps, said Lynsey Mukomel, spokesperson for the state attorney general’s department.

The decision to keep the case in federal court is a plus for Enbridge, which argues that the state of Michigan does not have the power to shut down the pipeline, said Kristen van de Biezenbos, a law professor at the university. from Calgary.

“Now that Canada has invoked the treaty, it is pretty clear that the issues transcend Michigan state law,” van de Biezenbos said.