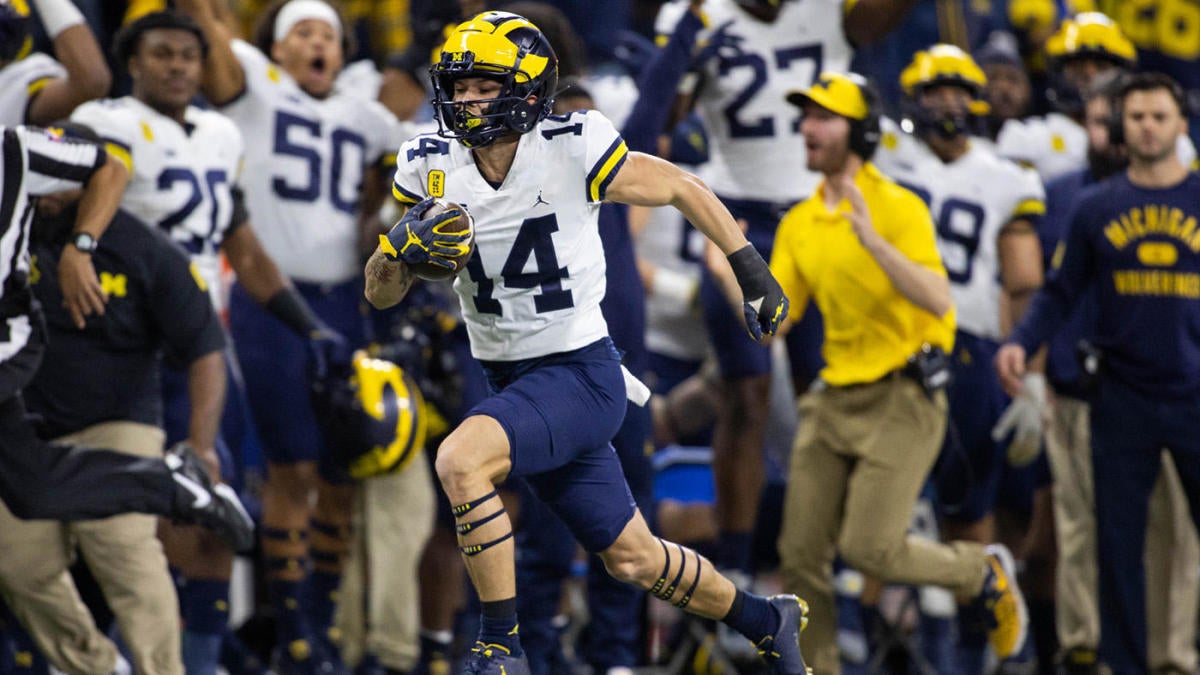 Michigan‘s No.2 leads Iowa’s No.13 14-3 at halftime of the Big Ten Championship game on Saturday. The match got off to a rocky start but quickly calmed down in the second quarter. It started off well for the Hawkeyes, as they forced a three-and-out in Michigan’s first practice before going the length of the field on their first possession. Practice ended with a missed field goal, however, and Michigan went up a notch from there.

Blake Corum went wild for a 67-yard touchdown run to take a 7-0 lead, and on Michigan’s next possession, the Wolverines pulled off a trick. Donovan Edwards caught a back pass in the backfield before coming up the field and dropping a bomb on a wide-open Roman Wilson for a 75-yard touchdown. Iowa responded with a long field goal, and it was the last time anyone scored.

The two teams combined for just 93 yards, no runs and seven punters in the second quarter while taking turns changing field positions.

Michigan QB Cade McNamara threw for 62 yards, and running back Donovan Edwards is the team’s top passer with his 75-yard touchdown. Spencer Petras of Iowa threw for 126 yards but completed just eight of his 17 attempted passes. Iowa will start the second half with the ball. CBS Sports will be with you throughout the Big Ten Championship Game with live updates, analysis and highlights from the kick off to the final whistle. Keep it locked here.