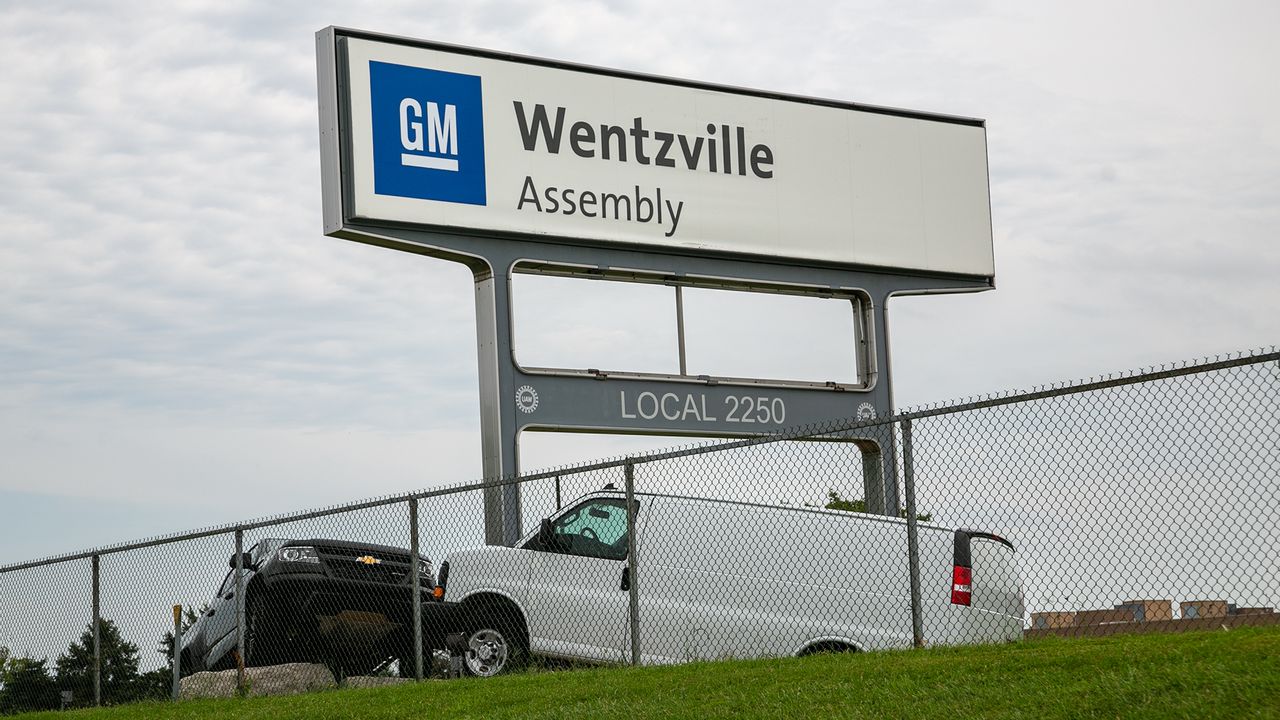 Are you an auto worker? We want to hear from you: Contact the WSWS by filling out the form at the end of the article to tell us what the health and safety conditions are in your factory.

On Friday, August 19, workers at the General Motors Assembly Plant in Wentzville, Missouri, located near St. Louis, were notified by management that a co-worker had tested positive for monkeypox.

A letter from the plant’s executive director, Lamar Rucker, which a worker shared with the World Socialist Web Site said:

To communicate transparently and address employee concerns, our management team would like to address a confirmed case of Monkeypox at our facility. Here are the facts:

On Tuesday, August 9, an employee of the 1st Quarter Trim did the right thing and promptly reported to his personal physician with symptoms.

Medical has been notified and is awaiting test results which have now been confirmed.

As a precaution, we thoroughly disinfected the employee’s work area and Medical assessed the risk in the employee’s work area. It was determined that there was minimal contact and interaction with others, therefore a low risk of transmission in the workplace according to CDC guidelines. Cleaning products remain readily available to all employees.

A virtually identical letter was sent to workers at GM’s Flint Assembly plant in Michigan over the weekend, stating that there was a suspected case of monkeypox identified on Friday, August 26. The person who showed symptoms is working the third shift at Chassis and was still awaiting test results, the statement said.

More than 5,800 workers are employed at the giant GM Flint assembly plant, while more than 4,000 work at GM Wentzville.

The United Auto Workers (UAW) has not issued a public statement on the confirmed or suspected case of monkeypox, consistent with its efforts during the COVID-19 pandemic to suppress information about the spread of the coronavirus and to ensure production and the flow of profits continue uninterrupted. To date, the word “monkeypox” hasn’t even appeared on the UAW website.

A Wentzville Assembly worker told the WSWS that workers are concerned that monkeypox is circulating more widely than management suggests. “People say, ‘Can you believe there’s a case of monkeypox? Probably more than one. They don’t tell us the truth. There must be more. People are just done with this whole situation.

The worker said COVID-19 also remains a major concern and risk to the health and lives of workers, but neither management nor the UAW are providing serious protections. “St. Charles County [where Wentzville is located] is supposed to be high risk, but they don’t say anything about us wearing a mask. I know people who have had COVID twice and three times.

The case of monkeypox at GM Wentzville is at least the second confirmed case at an auto plant in the United States. Earlier in August, a case was reported at the Stellantis (Chrysler) Sterling Heights assembly plant in the Detroit area. Unconfirmed reports circulated a few days later of two other suspected cases.

Monkeypox is often an extremely painful and life-threatening disease, with a case fatality rate historically comparable to that of COVID-19. The virus produces lesions on the skin, along with other symptoms such as fever, headache, chills and swollen lymph nodes.

Contrary to misinformation spread by reactionary and fascist forces, monkeypox is not just a sexually transmitted infection, nor is it limited to men who have sex with men.

While scientists are still working to better understand the disease – and direct skin-to-skin contact and respiratory droplets seem to be the most common form of transmission – monkeypox has been shown to be spread via aerosols (microscopic particles that can cling to air) and contact with contaminated surfaces. Additionally, a weakened immune system – a potential consequence of infection or repeated infection with COVID-19 – may increase the risk of monkeypox infection.

The seven-day average of new daily cases has hovered around 450 in the United States since early August, accounting for almost half of the daily cases reported worldwide, although testing is often difficult to achieve, the numbers are without any doubt a substantial undercount. As of August 26, 17,336 cases have been reported in the United States and 48,227 worldwide, according to Our World in Data. Vaccines, meanwhile, remain in extremely limited supply.

According to state data, monkeypox cases in Michigan rose 47% in one week, which is higher than the national growth of 31%. Between Aug. 16 and Aug. 24, Wayne County, which includes the Detroit metro area, added 26 new cases for a total of 68. Oakland County went from 18 cases to 29 and Macomb County went from 13 to 19.

Reopening schools to in-person learning, under conditions of simultaneous pandemics of COVID-19 and monkeypox, has the potential to fuel the spread of both and worsen what is already a disastrous public health crisis.

Workers should demand that all science-based measures be taken to protect them from these preventable diseases, including contact tracing, the provision of high-quality N95 masks and the emergency shutdown of factories if workers deem conditions dangerous, with a full income provided.

Will Lehman, a Mack Trucks worker and UAW International presidential candidate this year, issued a statement earlier in August demanding such action be taken after the first case of monkeypox was reported at Sterling Heights Assembly. . Denouncing UAW bureaucracy for doing nothing to protect workers, he urged workers to form rank-and-file committees to fight to keep them safe, saying:

I call for the formation of rank-and-file committees in every auto plant and workplace to oversee health and safety and other working conditions.

We need to build a network of grassroots committees to link autoworkers everywhere, including with our brothers and sisters overseas. We cannot allow COVID and now monkeypox to continue to spread in our workplaces and in society as a whole.

A young second-shift worker at GM Flint Assembly told the WSWS, “I first heard about the monkeypox report from a colleague on Saturday. She had just received a text message from management. It was quite late in our shift. We were both very angry to hear this for the first time, as the message said the matter was known on Friday August 26th.

“They don’t do anything to prevent that except wiping down surfaces here and there. I was not contacted by anyone from management or the union. Nothing! Nobody! This tells me that communicating in this way serves to minimize the danger and spread of monkeypox. There is no contact tracing. Their message states that the worker had no contact with us. This cannot be verified!

“It’s the same way they handle COVID. They deny that cases occur in the factory. And like COVID, there are no measures to protect us. The lines are long, dozens and dozens of workers, but there is no way of knowing if any of us were near the worker or touched the workstation where he or she was working.

Make your voice heard ! Tell us about the conditions at your workplace.