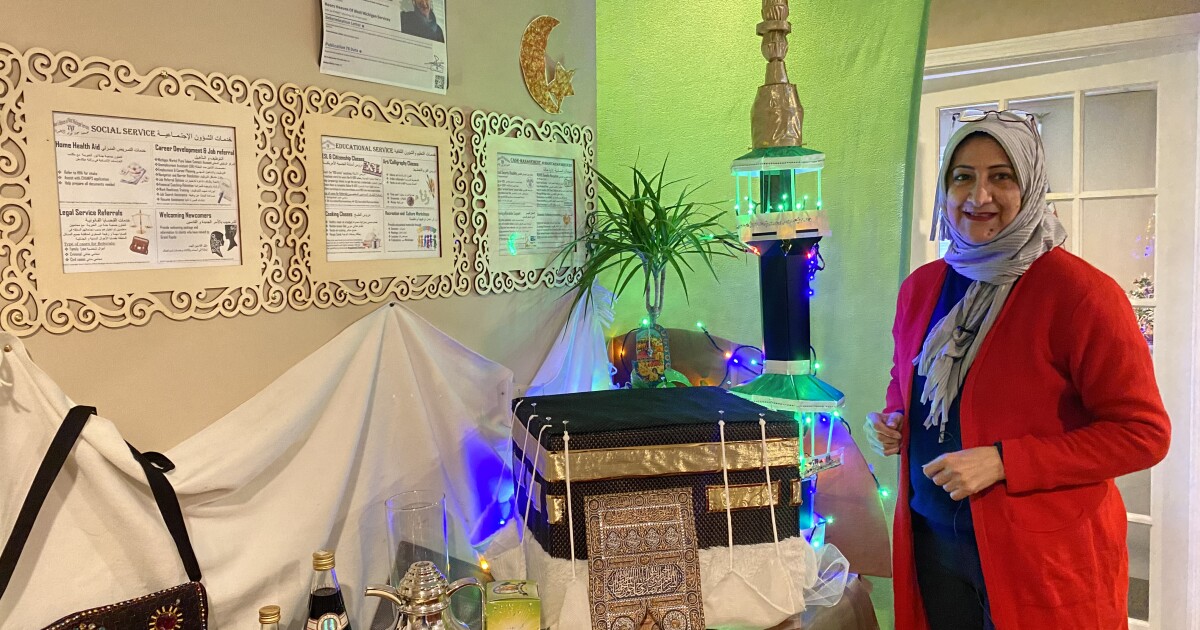 GRAND RAPIDS, Michigan – Noor’s Heaven of West Michigan is an Arab and Muslim humanitarian agency that helps in several areas, including housing.

“All the refugees come and trust us. And we will never disappoint them. Said Wafa Haddad, Founder and CEO of Noor’s Heaven of West Michigan. “Housing not only helps refugees, but all residents and the community here who speak Arabic, so primarily Arab and Muslim refugees, residents, newcomers and new immigrants.”

But lately the national housing crisis has made it difficult

“The high rate and the higher rent and the tenants can’t afford it anymore.” Haddad explained.

She adds that many Muslim and Arab families have up to five or six people in their household.

“So we needed bigger apartments or townhouses or a house or, you know, bigger places.” Haddad said. “They’re hopeful that they’re working on moving forward with someone to help them find another place or another hope that allows us to make another way to house you. But they’re, you know , amazed.

This means even more money on top of the already high prices that discourage many families in need of housing.

Families are also facing even longer lines for housing assistance programs like Section Eight. Very different from years past

“So it was easy as I remember in 2014. When the section was opened, it took us maybe three to six months. We have a lot of them approved for that. A lot of them are returned home after it’s up to you.’ Hadad said.

With the current trend, Noor’s Heaven of West Michigan says it could now take at least a year. Haddad says that in the meantime families have stayed with relatives or friends until something is available and affordable.

“I have families who stay in their parents’ house and live four or five to a room. Because they can’t afford it, they can’t find another place where they can accept it.

But Noor’s paradise remains hard at work to bring relief to families during this difficult season – which he hopes will soon pass.

“We will continue to do so. Find the solutions, find a way to compromise, and see what we can do to make people in homes safer. Haddad said.