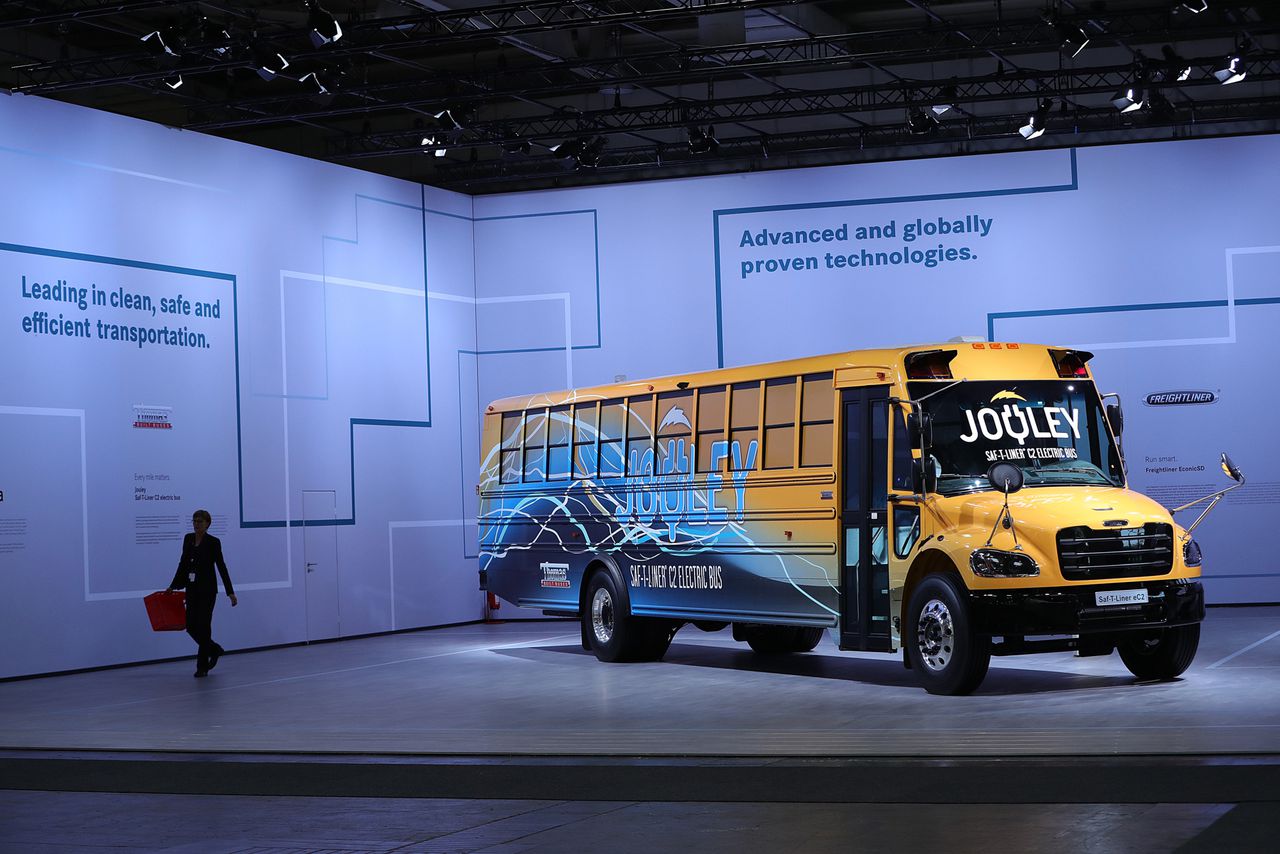 Electric vehicles are more widespread on the road, in parking lots and soon at bus stops.

The Michigan Clean Diesel Program has awarded its first grant for electric vehicle projects, including a school bus.

The Michigan Department of Environment, Great Lakes and Energy awarded $157,500 to Lansing-based Dean Transportation for reimbursement for an electric school bus.

The Clean Diesel program will offer a 45% rebate with a $192,500 match from Dean Transportation, according to the Department of the Environment, Great Lakes and Energy. The grant program is supported by a grant from the US Environmental Protection Agency State Diesel Emissions Reduction Act.

Dean Transportation has reviewed four electric bus manufacturers and has yet to decide which make and model they will buy for Cadillac. Dean estimates that most electric buses on the market are in the $400,000 range, a significant increase over their $100,000 diesel counterparts.

The high price associated with charging infrastructure costs and the additional training required for technicians explains why only one bus will be added to the fleet for the time being. However, electrification has been a goal of Dean Transportation for some time. The company invested in four electric hybrid school buses in 2010.

“This project marks the beginning of a long-term shift in school bus electrification,” Dean said.

The route that the electric bus will take is still being evaluated depending on the load range. On average, electric buses have a range of 120 miles, Dean said.

Dean Transportation is still evaluating the ride to make sure the electric bus can hold a charge through a northern Michigan winter, as battery life decreases due to cold temperatures.

“The industry is so new and things don’t always work as perfectly as they are designed or as we think they would,” he said. “It is important for us to understand, for the benefit of Cadillac, exactly how this works. As we move forward and roll out more, we know exactly what to expect, how it will work, and how we can best use it in Cadillac.

Michigan’s first electric school buses hit the road in 2019 as part of a pilot program. Across the state, 17 electric buses were funded in part by a mitigation settlement from Volkswagen.

Participating districts were asked to report to the state twice a year on the status of the project and to complete surveys and usage questionnaires for up to five years.

The Detroit Auto Show showcases an electric future, but life outside the showroom is gas-powered

Michigan vs. Illinois, TCU vs. Baylor and more