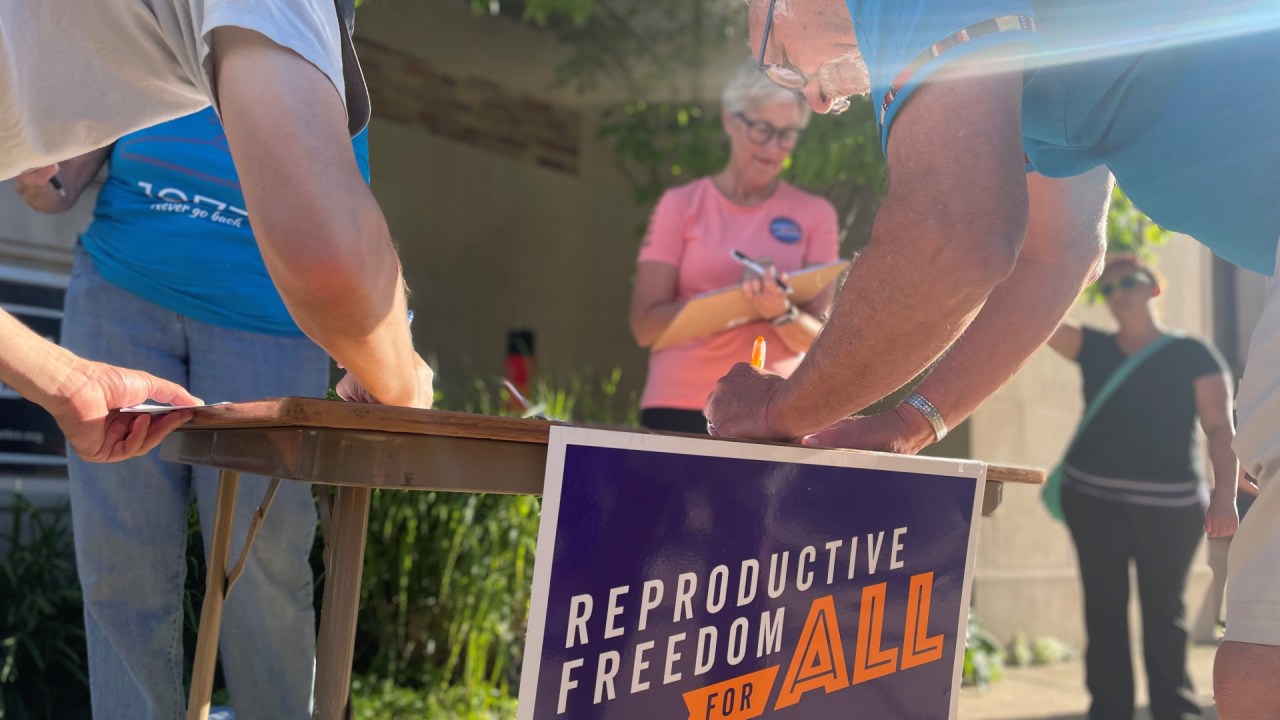 ‘Now is the time’: Advocates push to put abortion issue on MI ballot

Volunteers with the Reproductive Freedom for All ballot initiative collected nearly 200 signatures Sunday night in Grand Rapids. The petition campaign was set up outside Fountain Street Church, where a vigil took place in response to the overturning of Roe v. Wade.

The petition needs a total of 425,000 valid signatures by July 11 to vote. The volunteers told News 8 that this is their last week of collecting signatures as the organization wants everything returned by July 1.

With the annulment of Roe v. Wade, how’s abortion in Michigan?

“They want to see the signatures to make sure they’re legal before they turn them over to the state,” volunteer Barbra Reinoehl said.

If passed by voters, the initiative would amend Michigan’s constitution to protect the right to abortion.

Reinoehl collected signatures at four events this weekend. She said people came out in droves after the Supreme Court decision.

“I’ve been doing it for a few months and this weekend I’ve been really busy,” she said.

Organizers have not said how many signatures have been collected so far, but say they expect to reach the threshold, plus additional signatures in case some are disqualified.

Melanie Fish said she and her family drove 45 minutes from Montcalm County to sign the petition Sunday in Grand Rapids.

“We all went from the day it was leaked until now thinking it’s going to be okay and it’s not,” Fish said. “The time has come, we have no other time. We have to get out of here.

Others said it felt good to take action, even if it was just putting pen to paper.

“Even though it’s a smaller action, it feels a lot bigger,” said Sophie Beechnau.

Michigan gas prices are down 11 cents from a week ago, still above $5