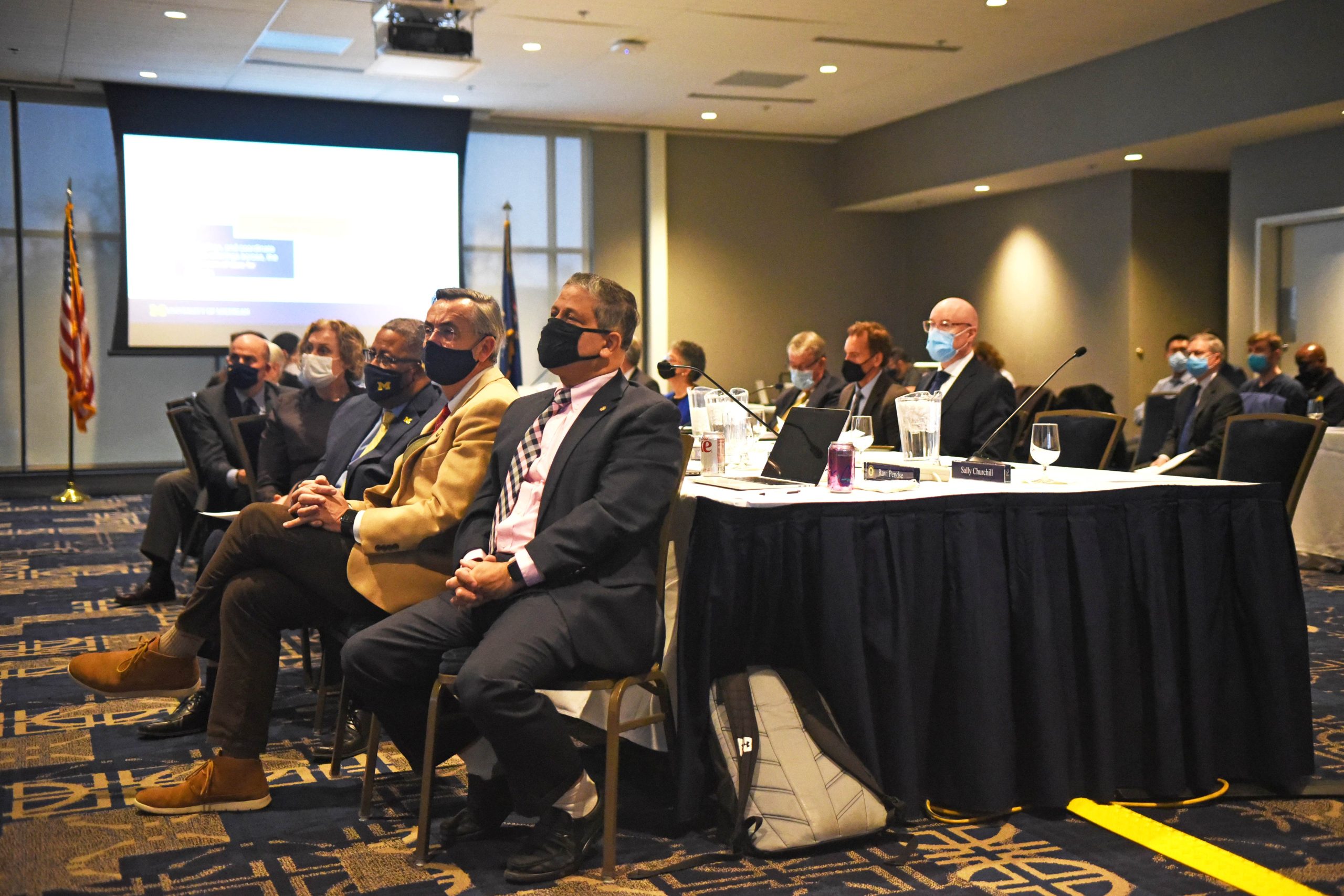 In June 2020, the One University Coalition organized a rally outside the Flint downtown office of the University of Michigan Regent Michael Behm (D). One University is a movement to increase equity between the three campuses of the University of Michigan. Our coalition rallied to hold to account an elected official with close ties to the town of Flint who we believe had not done enough to advance key equity priorities. One of those priorities – the Go Blue Guarantee – offered free tuition to low-income state students on the Ann Arbor campus, but not in Dearborn and Flint.

Regent Behm did not show up for work that day.

Not showing up for Dearborn and Flint has been a hallmark of his tenure. Make no mistake, Regent Behm dutifully peppered Flint’s campus praise in his occasional public remarks. He has managed to meet with students and faculty members of the One University Coalition a few times over the almost four years that we organize. During these conversations, Regent Behm made a number of promises – such as liberal arts support for Flint and Dearborn – but his follow-up was far too short.

And Regent Behm didn’t come forward in the most important way. He did not champion our cause which as a prominent member of the Flint community and alleged defender of the campus – he should share. He did not use his vote to reject the devastating cuts to Flint and Dearborn.

In the past five years alone, these campuses have lost programs in applied music, African studies and English literature, among others. Dozens of professors from Flint and Dearborn were laid off in a deadly pandemic, even as the University added $ 5 billion to its endowment. And another policy that a university urged Regent Behm to uphold – a genuine Go Blue guarantee on all three campuses – resulted in a watered-down scholarship that excludes a large chunk of income-eligible students on the Flint and Dearborn campuses.

In politics, actions speak louder than words. As of June 2020, Regent Behm was not one of four regents who rallied to reject the administration’s budget because it did not contain enough funds for regional campuses. These regents ensured that an additional $ 10 million was allocated to the University of Michigan-Flint and the University of Michigan-Dearborn. Where was Regent Behm then? He touted the existing budget while the Flint campus punish dozens of speakers and fully prepared for the financial strains induced by COVID-19.

Democracy can only work if public officials are accountable to the public. All over our society we see individuals and groups who no longer believe in our system’s ability to address people’s concerns. It breeds toxic nihilism for a democratic society. Electoral democracy only works when elected officials keep their key promises and represent their constituents. Otherwise, the very idea of ​​political commitment is undermined. Until Regent Behm sticks to that standard, we will not be able to support his candidacy for another eight-year term.

No regent alone can change the policy of the University. Yet without funding to support students, staff, faculty and key programs on our campuses, Regent Behm could have taken a public stand. Too often he is silent. We see no way to back him up unless he gets a lot more vocal on these issues by next year and pairs his rhetoric with real action. In the meantime, we will work to find alternatives to support his candidacy.