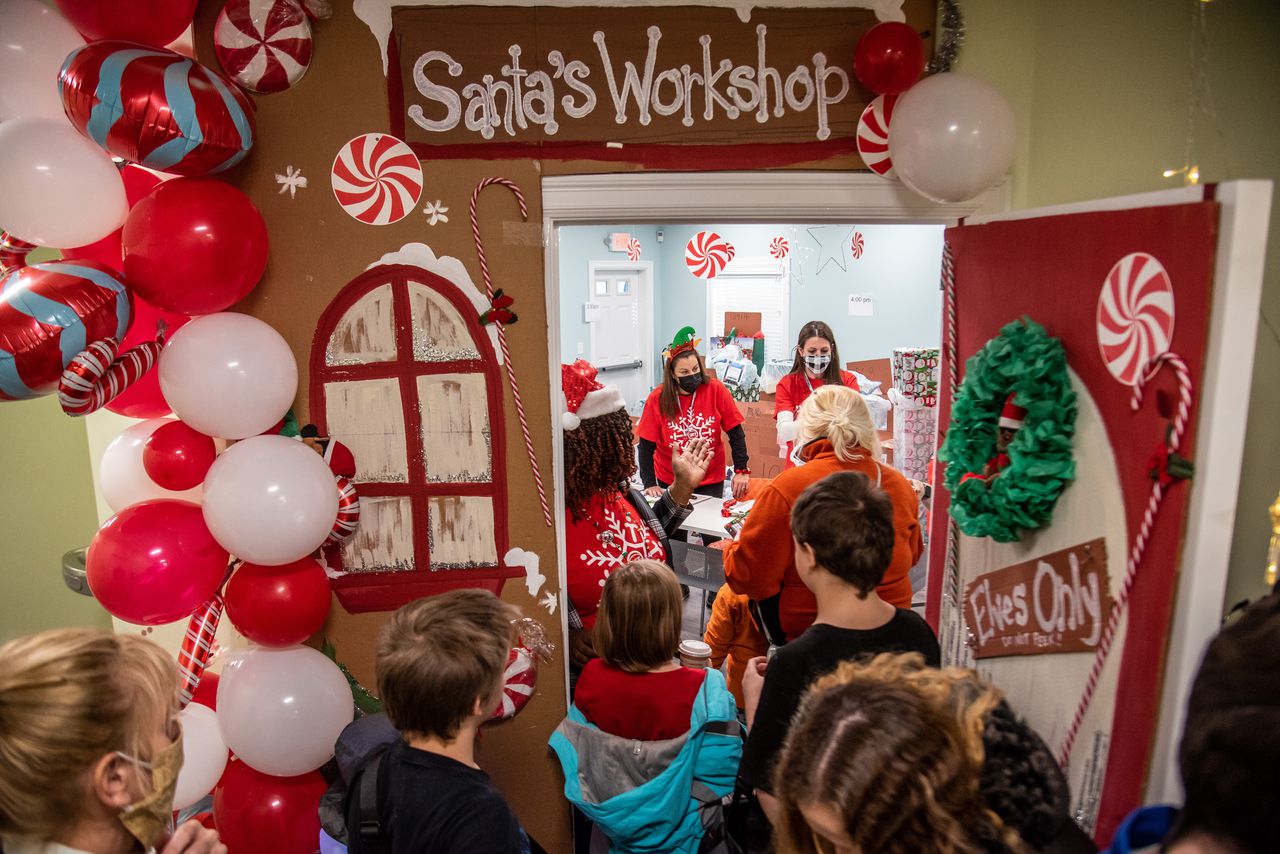 Voices for Children, an advocacy center that works with victims of child abuse, handed out the gifts on Thursday, December 16 at its location in downtown Flint.

The kids got a free pizza, met Santa, and made TikToks with Pistons mascot Hooper before receiving their freebies. Children aged 4 to 7 received bicycles and helmets, 8 to 10 year olds received drones and 11 to 13 year olds received tablets.

The Pistons hosted a similar event, funded by donations from Gores, in Detroit with Toys for Tots on Tuesday.

Gores and his wife Holly both grew up in the Flint area and have been supporting toy distributions during the holiday season since 2006.

“All children deserve a chance to smile and feel the joy of the holidays at this special time of year,” Gores said in a statement. “We started this effort 15 years ago to spread happiness to Michigan children and families during the holiday season. Inspiring children, giving them hope and the excitement that this brings is so important. “

Voices for Children CEO Claudnyse Holloman said many children they work with don’t always have a happy holiday season due to their situation at home.

The Pistons were in partnership with Voices for Children through the United Way of Genesee County.

“It’s the kids who could really take advantage of this benefit,” said Jamie-Lee Venable, United Way Vice President of Genesee County. “… The children here at Voices (for Children) are probably among the most injured children. They have been through the worst thing you can imagine.

Kinea Wright, a parent activist who took a child to pick up their Christmas presents, praised the organization Voices For Children.

“It just means a lot to the community that we can safely get out of the house and receive gifts,” Wright said. “A lot of people can’t get freebies. Having events like this is really good for the community.

Car crashes into Grand Rapids nonprofit, forcing it to close part of building