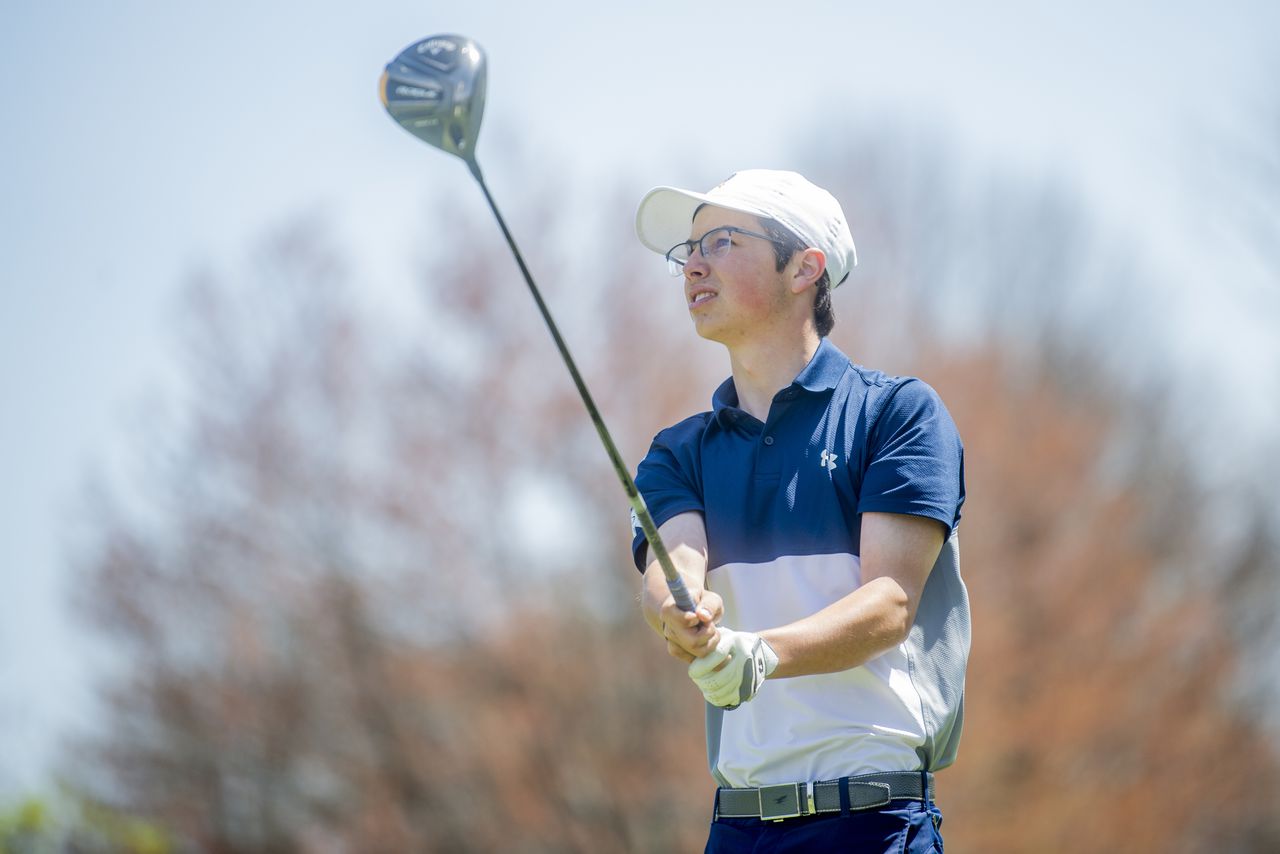 The Chargers, playing on their home course, won the inaugural event shooting 318 to finish 10 shots ahead of runners-up Chelsea and 14 ahead of third-placed Davison.

“It was a good win,” Powers coach Bob Beach said. “Nothing like good home cooking, you know? It was a very good field, a very strong field, and our kids played very well today, as you can see in the difficult conditions with the wind.

“The wind was strong today. This usually drives the scores up. But a lot of kids preformed like there was no wind at all today.

It was the second week in a row that Burns had finished atop the standings in a major tournament. Last Monday, he fired a sizzling 4-under-68 at Warwick Hills to win the Big White Invitational by seven strokes.

The difference between the two towers was to put.

He rode well in the Charger Invitational, requiring 30 putts on the greens, but he blistered the Warwick Hills greens with just 24 putts.

“Hit the driver well, the irons were good, I just putt better than last week,” Burns said. “(Winning) means a lot. The team finished first, so that was good.

Fox was threatening to run off the field when he was 4 under par on nine holes. But then he started thinking too far and played the back nine 5-over.

He finished with four birdies, three bogeys and a double bogey.

Still, it was hard to complain after finishing tied for the top of the standings on such a windy day.

“It was swirling a lot,” he said. “The bullets were flying a little weird. The greens were quite firm. I started very well. I had a difficult finish.

Rounding out the Powers roster were senior Chris Jones with 81, junior Dylan Antia with 84 and junior Kyle Barbour with 94.

There were 24 teams on the field.

Vote for the Flint Area Athlete of the Week

Quick road trips from Lansing that feel far away

Flint Energies offers you tips to save on the energy bill