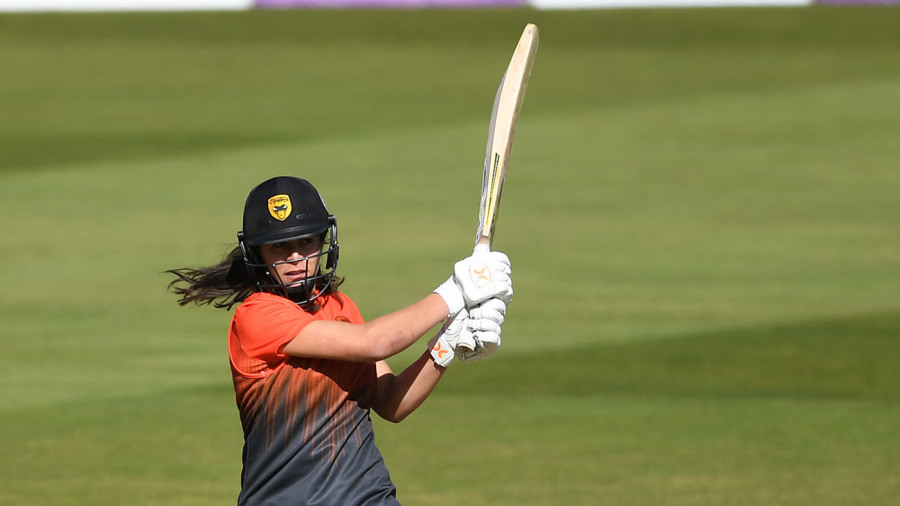 Southern Vipers will face Northern Diamonds in the Rachael Heyhoe Flint Trophy final at Lord’s on Sunday, having beaten the South East Stars by six wickets in Wednesday’s qualifier at Beckenham.

The Vipers closed 143 for 4 to win with 16 overs to spare, having previously beaten the Stars for 139, Tara Norris taking 3 for 29. Jemima Spence anchored the innings as the Stars recovered 37-for-5, making his highest List A score of 45 not eliminated, but the second-highest contribution was 28 extras and the hosts were all eliminated after 42 ,2 overs.

In a tensionless chase, Ella McCaughan and Maia Bouchier put 98 for the first wicket before the latter was beaten for 51, while the former fell for 47. The Vipers have now faced the Stars five times in this competition and won each time.

Beckenham may have a reputation as a batting paradise, but when play started at 10.30am it was overcast, wet and cold. After winning a coin toss, they would probably have preferred to lose the Stars chose to strike, only to lose three wickets in the first four overs. Chloe Hill beat Kira Chatli off Charlotte Taylor for 1 in the second and Bryony Smith made just 7 before edging out Tara Norris in the third.

Norris then had his second victim in the fourth when Chloe Brewer was brilliantly caught in the slides by Bouchier.

After a partial rebuild, debutant Mary Taylor hit twice in as many overs. Phoebe Franklin was played for 15 before Rhianna Southby was under 1.

Paige Scholfield hit in her first game, trapping Ryana MacDonald-Gay Lbw for 8 and Finty Trussler was just seven balls away when she beat Freya Davies for 4.

Norris beat Alexa Stonehouse for 11 and when Georgia Adams wore Eva Gray for 1, deflecting a straight drive from Spence on the stumps, the Stars were 100 for 9. By this point, however, conditions were improving and Danielle Gregory had joined Spence to set up the biggest partnership of innings, contributing 13 of 34 balls before being played by Trussler.

The sun was shining as the Vipers began the hunt and with the pace required under three-plus, there was little pressure on the openers. Neither Bouchier nor McCaughan offered any encouragement to the bowlers as they headed for the target.

Bouchier went over 50 with a mid-run single from Gregory before trying to fire Davies and play on. McCaughan slammed into Smith and was caught by Davies, but by then the visitors needed just 30 to win.

Franklin then tossed Adams for one with a ball that rolled back, but Scholfield, after leveling the scores with a longer six, was then thrown by Gregory’s next ball for 11, leaving Emily Windsor to drive the winning boundary through the covers and send up to their third straight final against the Diamonds.