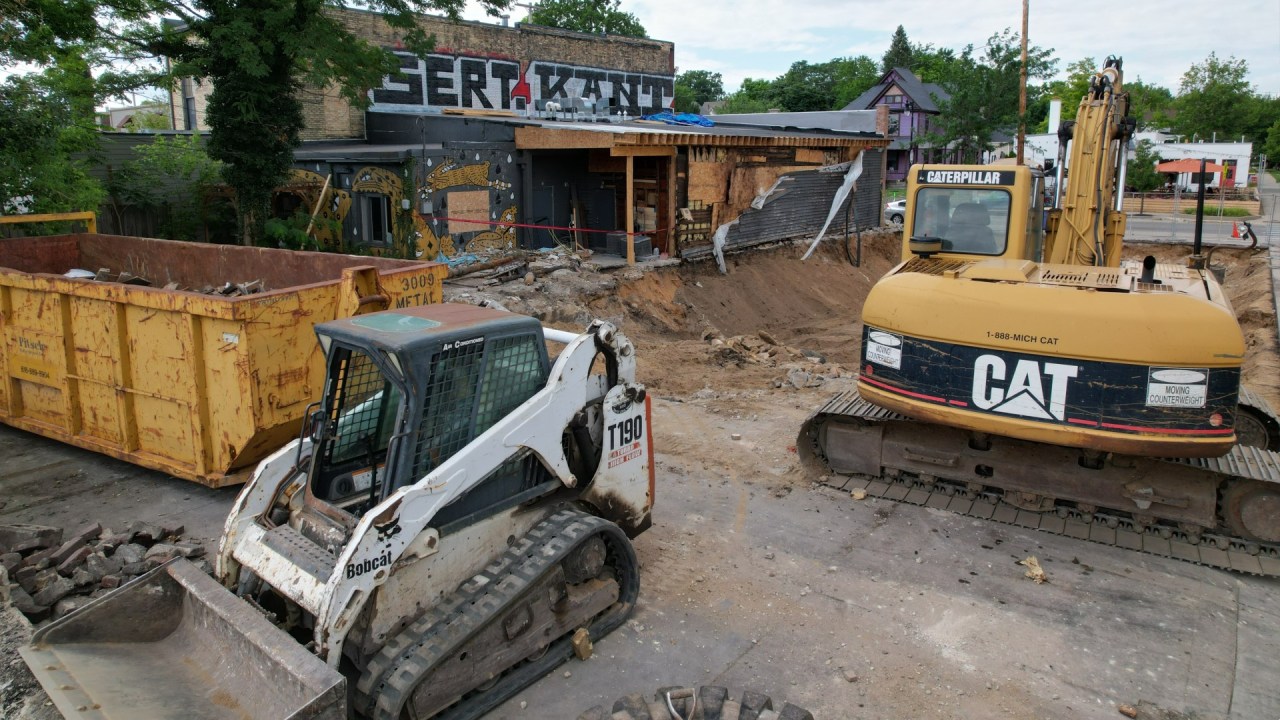 GRAND RAPIDS, Mich. (WOOD) — Demolition equipment is back at a Wealthy Street site where a fire destroyed one business and displaced another.

It has been more than four months since the fire at Tatum Bookbinding at the corner of Wealthy Street and Henry Avenue SE. Grand Rapids Fire Department Captain Bill Smith said investigators are still trying to identify a person of interest in the March 14 burglary and arson.

The vandals also attempted to break into the Dime and Regal Jewelery next door, smashing the front door glass. The ensuing fire damaged the jewelry store’s east wall, forcing it to temporarily move one block west in Sable Candle Co. at 620 Wealthy St. SE.

“It’s tight but it’s a lot better than the alternative. We made it work,” Jones said.

Jones and co-owner Samantha McIntosh said moving down the street affected business. Jones said monthly sales have fallen by an average of about 20% since their emergency evacuation, but the strong rebound in weddings “has been huge” and the store is capitalizing on the emerging trend of claspless eternity bracelets, which are welded at the wrists.

The owners said neighbors and nearby businesses were also there to help them every step of the way.

“The staff at Donkey (Taqueria) and Winchester helped us move. People were reaching out. The community has been very supportive throughout the process,” Jones said.

Jones and MacIntosh told News 8 on Monday that the city’s permit delays slowed the rebuilding process, but contractors were finally on hand to repair and rebuild everything from the east wall to the building’s trusses and ceiling.

While arson and vandalism caused thousands of dollars in damage to Dime & Regal, its owners expect insurance to cover all costs. They said they were adding new security measures.

If all goes well, Dime & Regal will hold its grand reopening celebration in late October or early November, which will also mark the store’s fifth anniversary.