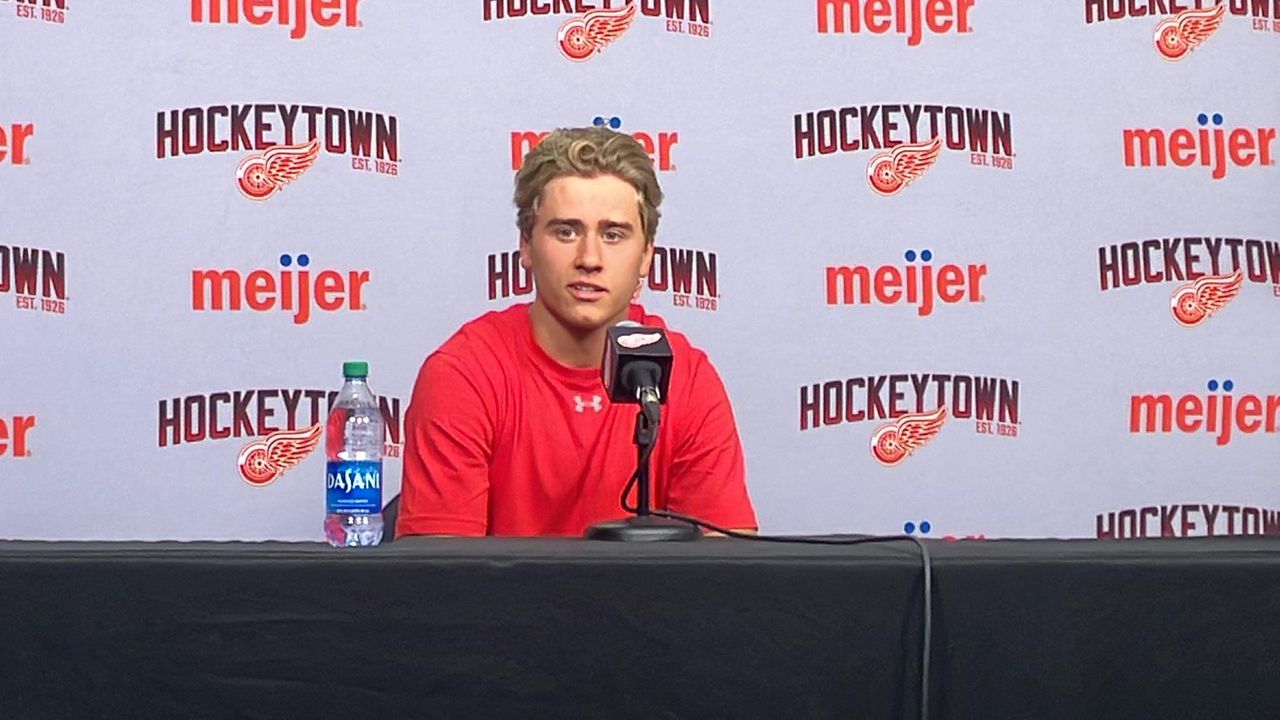 Detroit Red Wings defensive prospect Eemil Viro isn’t sure what to expect playing for the Grand Rapids Griffins in his first season in North America, but he’s ready for it.

“(The Red Wings) said prepare for battles, prepare to come and play here,” Viro said. “The rink is smaller and there will be more competition in the corners. I needed to be better at this.

“Of course the game is going to be a lot faster, hit harder in battles. I can not wait to be there.

Before that, Viro, 20, will represent Finland at the Junior World Championship, which begins today in Edmonton.

The Red Wings’ sixth selection of 2020 (70th overall in the third round) will attend his first NHL training camp next month and possibly play a few preseason games before being assigned to the Griffins. He will join a blue line that includes fellow prospects Jared McIsaac, Donovan Sebrango, Albert Johansson, Seth Barton and possibly 2021 first-round pick Simon Edvinsson.

“I think defensively I’ve improved a lot,” Viro said. “I think the season has also been good. The team was playing well and improved at the end and reached the final, but we lost.

Southpaw Viro is a good skater who lacks size (6-0, 176) but plays bigger than his frame.

“I came to the (Finnish) league and I was a very small young man,” Viro said. “I was learning how you can survive in the game.

“I’m a good skater and I can use it. Playing (with) my own strengths is fine.

“I think I’m a two-way defender,” Viro said. “I can defend well and I really want to improve my attacking skills. Get the pucks to the net and maybe create more on offense.