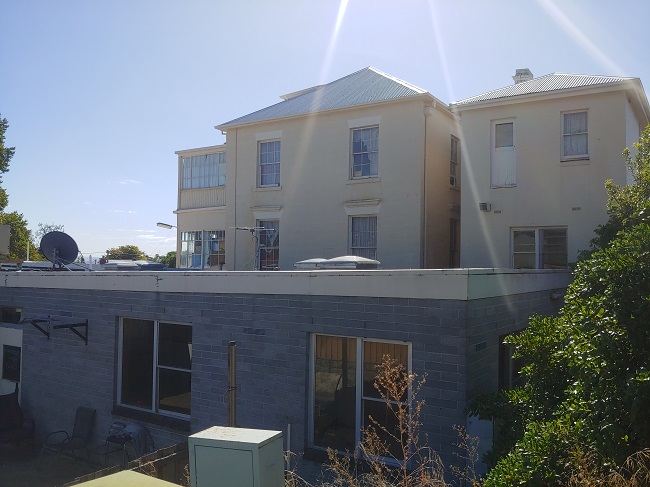 Residents of Flint House set off in search of accommodation

There are calls for more to be done after a fire left dozens of vulnerable Tasmanians homeless.

A fire tore through the bedroom at Flint House in New Town earlier this week, investigators later arrested a 26-year-old man.

He has since been charged with arson and remanded in custody to face Hobart Magistrates’ Court on April 22.

Around 40 residents were evacuated, including the elderly and people living with disabilities or mental health issues.

Temporary housing was then arranged for the displaced residents, which has since ended.

Flint House manager Chris Croft said Mercury due to the “misbehaviour” of some residents, they were ordered to vacate the premises at 10 am this morning.

“A 70-year-old man had been living there for 26 years and he was in tears because he had nowhere to go,” Mr Hancock said.

Another carer told Tasmania Broadcasters that Flint House management had offered to reside in the ‘Grey Building’ but questioned whether the building had the facilities to house dozens of vulnerable people during the colder months .

There is no set timeline for when Flint House will be ready to welcome residents back to full capacity.

Shadow Housing Minister Ella Haddad says ‘the Flint House fire has dealt another blow to residents which has no doubt added to the stress of last year’s uncertainty about the future of the inn”.

“While there is such an acute housing crisis at the moment, it is really important that these residents know for certain when the damage caused by the fire will be repaired and that everyone is housed in safe and appropriate accommodation. in the meantime,” Ms. Haddad continues.

Potholes reported to Lansing will be repaired within 48 hours