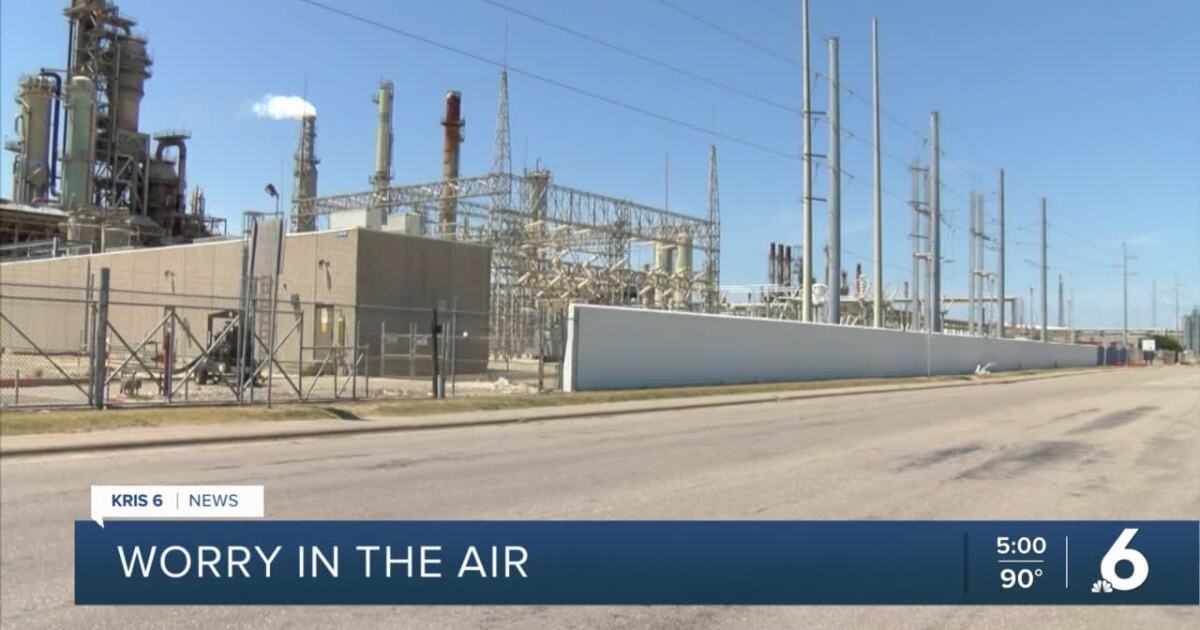 The refinery was above the carcinogenic limit

CORPUS CHRISTI, Texas – It’s normally quiet in the neighborhoods across from the Flint Hills Resources East Refinery. Perhaps the occasional car will pass and a few birds will chirp.

But for the most part it’s quiet.

But a carcinogen in the air is causing noise among local residents: benzene.

According to the Environmental Protection Agency, the colorless, highly flammable chemical can cause leukemia.

Flint Hills Resources East Refinery was found to have discharged more than the EPA limit last year, exceeding the limit of 9 micrograms per cubic meter per year. The Texas Tribune reports the refinery had levels of 10.4 micrograms.

Jewel Allen has lived in the neighborhood across from Flint Hills Resources for over 65 years. When she moved to the neighborhood more than half a century ago, she had never thought of cancer.

“It worries me if it’s known that it really causes cancer,” she said after hearing about the report.

Allen said she was also concerned that she or a loved one could get cancer if it happened again, and said refineries needed to be more proactive.

“Whatever they use, they should test it more to see if it can cause cancer,” she said.

“You can’t run your factory like you normally do,” he said. “I mean, everything shuts down. If you remember, there was no power in the Coastal Bend area – no water. All of those things impact our operations.

Saenz said they are using new technology to test benzene levels and since March of this year have had an annual average that meets EPA standards.

However, fearing levels could rise above the limit again, Environmental Justice Housing Fund board treasurer Jim Klein said the group’s mission was to buy homes in the Dona Park neighborhood to protect their health.

“We don’t want people to live here,” he said. “We just think it’s too close to refineries and these benzene emissions exceeding those reports kind of seem to underscore that.”