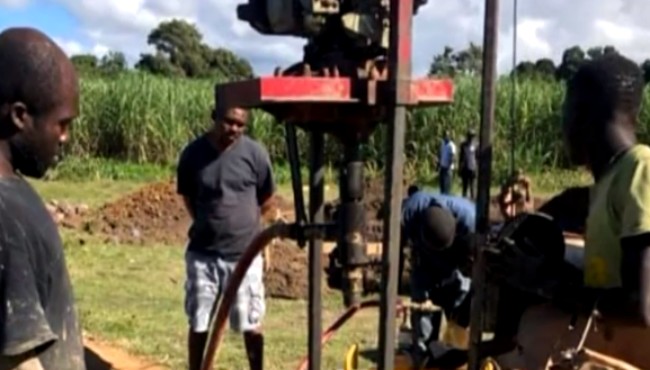 W. MI event to give hope in Haiti

GRAND RAPIDS, Mich. (WOOD) — Telsaint and Amanda Morisset are spending time in West Michigan, preparing for a fundraising event to help the people of Haiti.

Telsaint Morisset was born in Haiti and came to the United States to find more opportunities. The violence and corruption in Haiti have left the people who still live there feeling forgotten.

“The biggest difference we’ve seen is in the spirit of our community, the people for whom we’re here to give hope. One (man) told Telsaint that he felt like God had created the world, and on the seventh day he took a nap and on that seventh day the devil created Haiti. That’s how they feel right now, forgotten,” Amanda Morisset said.

Events like the Tommy Hamlin Memorial Disc Golf Tournament make a difference. The Morissets are in West Michigan to help organize it, along with Tommy Hamlin’s parents, Meredith and Ben.

“It will make a big difference because even though a lot of people can’t go to Haiti, they are a champion for us in Haiti, to be able to do the work that we do,” Telsaint Morisset said.

Tommy Hamlin was 2 years old when he died suddenly. His family started fundraising with tulipssomething he liked and chose the Mission Figi-Jezi sustain.

These efforts led to the Thomas Hamlin Medical Center, a shipping container they converted into a working clinic and sent to Haiti. It will officially open in October as part of a larger community complex in Haiti, called the Community Transformation Center. Unofficially, people are already finding hope there.

“We kind of got thrown into dealing with people just off the grid. A man had burned over 90% of his body more than a year ago and he had delayed burn blisters, which had turned into large wounds and wounds. There are hospitals, but they don’t have the money to go there. He told us that until we were able to start treating him, he thought he was going to die,” Amanda Morisset said.

anyone can sign up for the disc golf tournament and proceeds will go to the Figi Jezi Mission in Haiti.