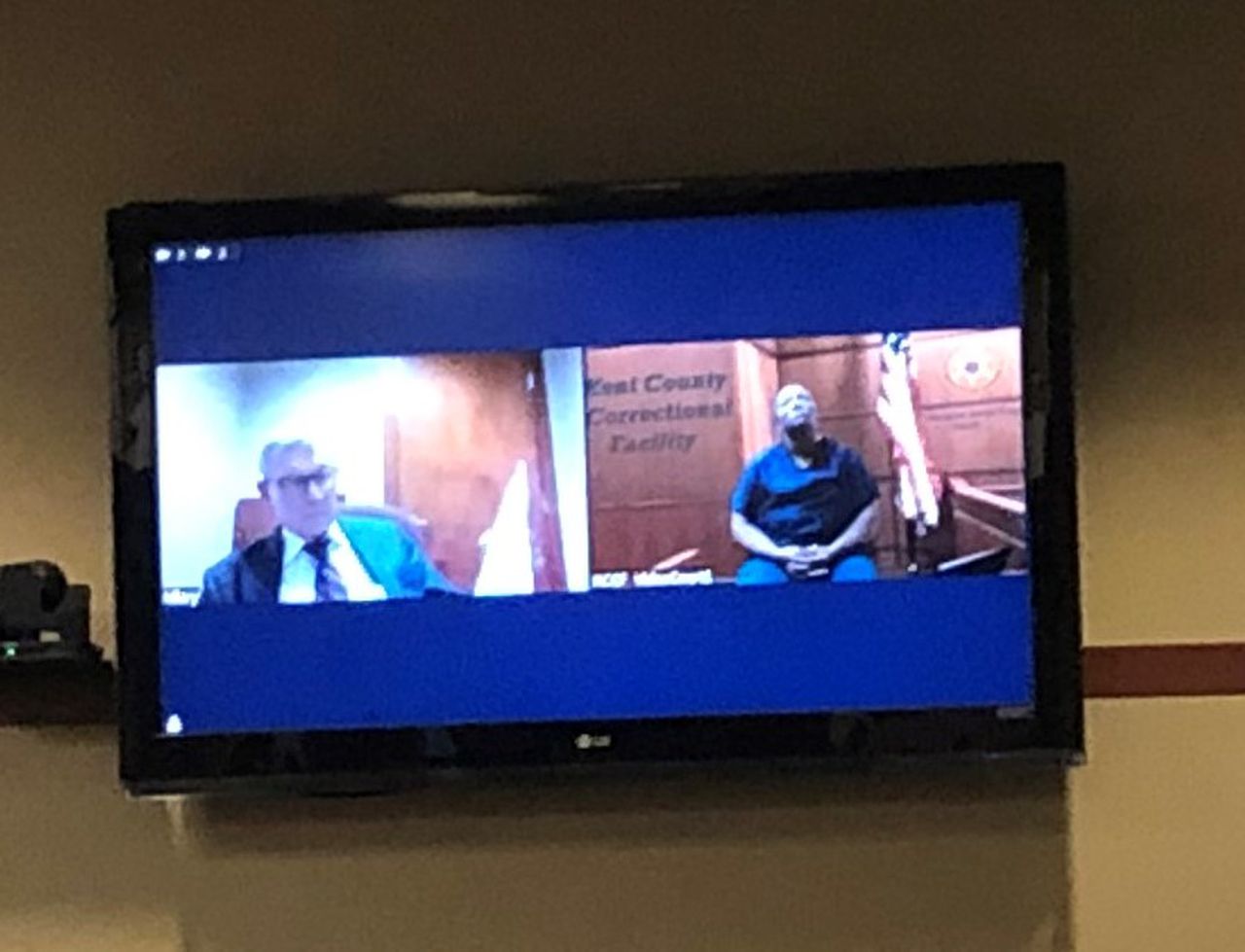 Kent County sheriff’s deputies said they were looking for her 49-year-old boyfriend and said he was complicit in the abuse.

According to a probable cause affidavit used to obtain a warrant against Edwards, detectives said Williams was “forced by the CPS to bring (the teenager) to the hospital on 8/26 where she was diagnosed as being extremely malnourished.”

Detectives also said medical staff determined she had “liver and kidney damage” and “bruises and lacerations all over her body”.

According to the affidavit, Edwards told investigators that she and her boyfriend “attached (the girl) to her bed every night using ratchet straps to keep her from getting out of bed. She frequently wet the bed.

A doctor who spoke to investigators told them the girl had developed ‘refeeding syndrome’, which occurs when food is introduced too quickly after a period of malnutrition.

The condition is life-threatening if left untreated, the doctor told detectives.